“See why you’ve been missing” is a short but to-the-point slogan for Winchester’s AA Tracker shotgun ammunition. Designed for sporting clays and bird-hunting, AA TrAAcker loads feature a unique, highly-visible shot wad that flies along center of the shot pattern.

Originally offered only in 12-gauge loads, Winchester is now adding two 20-gauge loads, both with 7/8-ounce 7.5 shot. The loads have different shot cup colors, orange, for shooting against dark backgrounds or cloudy skies and black for shooting on bright, clear days. Both loads are rated at 1,300 feet per second. 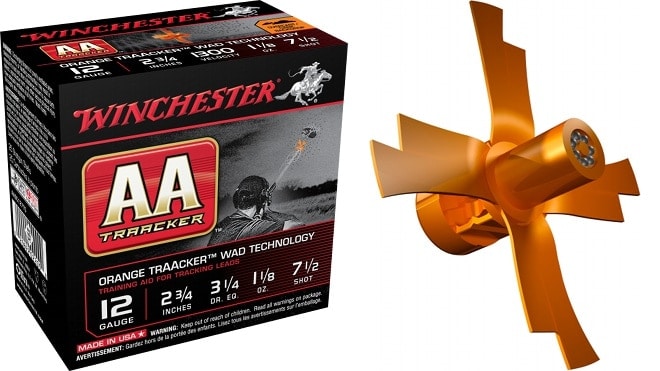 The shot cups have four petals that fold out like wings or rotors. As they fly through the air the wings stabilize the shot cups along the same flight path as the shot, right in the center of the pattern. The shot cup acts as a tracer of sorts, giving the shooter a large, easy-to-see object that indicates where he or she is shooting.

AA TrAAcker shot is a great way to teach new shooters who don’t have a lot of experience with where their shots are going, and as a training tool it can help all shooters improve their skills.

“A new shooter now can learn how to lead a clay target or game bird almost immediately – that’s the results you get with AA TrAAcker,” said Brett Flaugher, Winchester Ammunition vice president, in a press release.

“Now we’ve made it more versatile by offering the AA TrAAcker in 20 gauge, not just 12 gauge. It continues to be a great training tool for shooters, hunters and shooting instructors, especially when youth or beginning shooters are learning every aspect of the sport.”

Of course, Winchester will continue to offer AA TrAAcker 12-gauge loads as well. The 12-gauge shells are loaded with 1-1/8 ounces of 7.5 shot, have either orange or black shot wads and are also rated at 1,300 feet per second.

Here is five-time Olympic medalist Kim Rhode along with Randy Wakeman demonstrating some of the original 12-gauge loads. 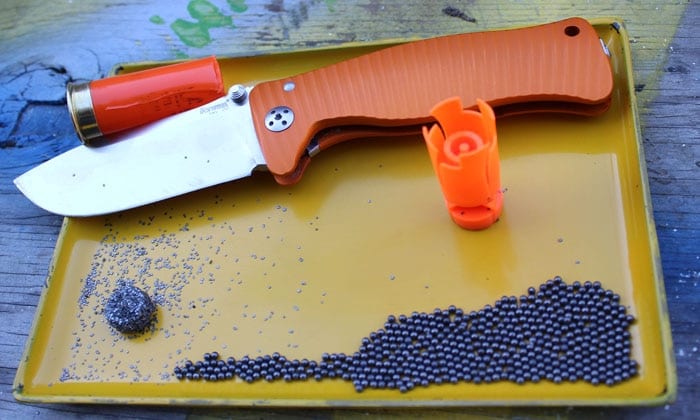 We reviewed Winchester’s AA TrAAcker not too long ago and it really works, whether you’re just learning how to shoot or polishing your existing skills.

What’s probably the nicest thing about these loads is that they don’t cost a lot more than standard shells. They generally run around $10-12 per box of 25, putting them in-line with many common shotgun loads that don’t have the high-visibility shot cup.

If you’re on the fence about these it’s not going to break the bank to try out a box, who knows, you might wind up with a new favorite load. If you’re new to shotgun sports, you owe it to yourself to buy some. They will make learning that much faster and easier.