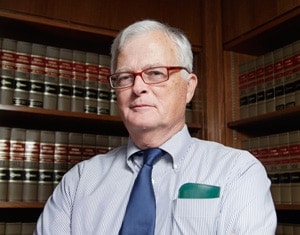 A federal judge, in response to a lawsuit brought by a veterans police association, sided with San Francisco, affirming the city’s 2013 retroactive ban on magazines that hold more than 10 rounds.

The suit, brought by the San Francisco Veteran Police Officers Association (SFPOA) and supported by the NRA,  challenged the city’s ban on ‘large capacity magazines’ to include even those considered ‘pre-ban’ under state law.

U.S. District Judge William Alsup, a Clinton-era appointment to the U.S. District Court for the Northern District of California, ruled against the injunction filed by SFPOA and the NRA Wednesday.

The San Francisco ordinance, “prevents mass murderers from firing a larger number of rounds faster by depriving them of magazines with the capacity to accept more than 10 rounds,” Alsup wrote in his decision (pdf). If a murderer has to take the time to reload, he said, “there is a better chance that someone will subdue him or her sooner.”

This assertion by Judge Alsup has been disputed in a recent study by criminologist Professor James Fox, who found that: “The overwhelming majority of mass murderers use firearms that would not be restricted by an assault weapons ban.”  With just 14 of 93 mass shootings involving a firearm that used a magazine with a capacity of more than 10-rounds.

“On balance, more innocent lives will be saved by limiting the capacity of magazines than by allowing the previous regime of no limitation to continue,” Alsup said, after citing that fewer than ten rounds are used in most self-defense encounters.

The ban draws its strength from a city ordinance that was voted into place by the San Francisco Board of Supervisors unanimously last October. It requires any person or entity, who otherwise legally possessed a detachable magazine capable of holding more than ten rounds to either (a) remove it from the city, (b) surrender it to the SFPD, or (c) sell or transfer it. The very few exceptions (pdf) are for film props, armored car companies, police, museums (who could only keep unloaded magazines) and gunsmiths.

Violation of the city ordinance is a misdemeanor charge.

Chuck Michel, head of the firm challenging the ban, is filing an urgency review and appealing the decision to the 9th Court. (Photo credit: Michel and Associates)

The decision comes just days before a similar suit will be heard involving the city of Sunnyvale who has enacted a magazine ban as part of the city’s controversial Measure C. That case, also backed by the NRA, will be heard by a Republican-appointed federal judge, leading to the possibility that Alsup was trying to influence the Sunnyvale case with his decision in San Francisco’s.

Both the San Francisco and Sunnyvale suits are represented by Michel and Associates, the same firm who won the reversal last week on Peruta v San Diego in the U.S. 9th Circuit Court. They intend to appeal this decision from Judge Alsup to the 9th Circuit as well.

“We are going to be seeking an urgency review,” Chuck Michel told Guns.com via phone Thursday.

Speaking of the case, Michel told Guns.com that it came down to a misinterpretation of the Heller precedent.

“The judge’s ruling completely flies in the face of what the Heller case says, “said Michel. “The Heller case said that the handguns at issue were protected because they were commonly used by law abiding citizens for self-defense. The judge in San Francisco seized on the word ‘used’ to say that magazines were holding more than ten rounds were hardly ever used for self-defense i.e. people never fired more than ten rounds, they weren’t protected.”

He continued, “But that’s not what the use is all about. They are more effective for self-defense if you ever have to defend yourself, so the magazine you have that holds over 10-rounds is exactly the choice….you have more chances to live.  Every one of those little cartridges is a little life saver.”