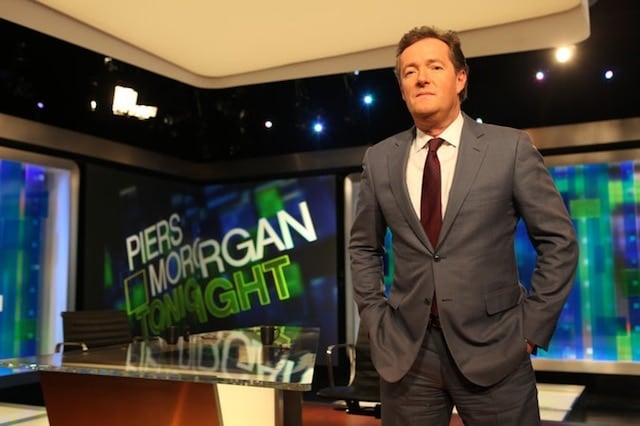 “Piers Morgan Live” will soon be yanked from the air. By Morgan’s own admission, his stance on gun control is a likely culprit.

The move comes several months after CNN head Jeff Zucker announced he was “actively looking for a replacement for Piers Morgan.” The avidly pro-gun control host’s contract ends in September, though the show may be pulled as early as March, The New York Times reports.

“It’s been a painful period and lately we have taken a bath in the ratings,” Morgan told the Times. “Look, I am a British guy debating American cultural issues, including guns, which has been very polarizing, and there is no doubt that there are many in the audience who are tired of me banging on about it.”

Morgan expressed his concerns that the American public may have grown weary of his “telling them how to lead their lives and what they should do with their guns,” he said. And while “Piers Morgan Live” will soon be no more, CNN is considering using Morgan in a different capacity.

“I think I can credibly do news and the ratings reflect that,” Morgan said, “but it is not really the show that I set out to do. There are all kinds of people who can do news here. I’d like to work – interviews with big celebrities and powerful people – that is better suited to what I do well and fit with what Jeff is trying to do with the network.”

I wouldn't get too excited @NRA – I'm not done with you yet. #GunControlNow