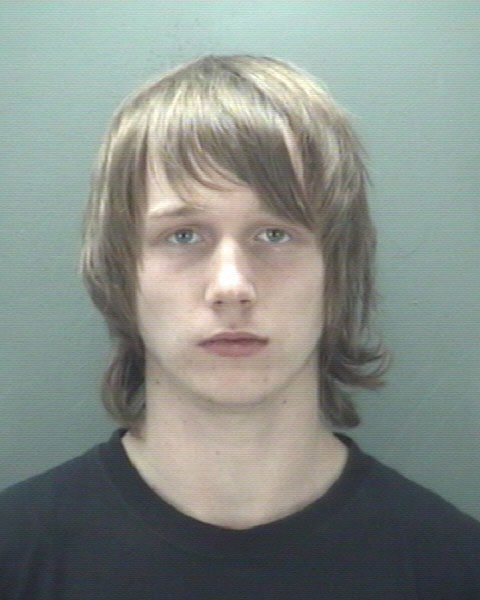 Mug shot of Michael Holliday from 2011, his senior year in high school when he was arrested for trespassing, conspiracy, obtaining property by false pretense and injury to real property over $1000. (Photo credit: Facebook)

Four people planned to rob a man at gunpoint in Hubert, North Carolina, Sunday night, but they didn’t anticipate that their intended target may have also been armed, a mistake which proved fatal for one of the suspects and left the other three behind bars.

It was about 7:30 p.m. when two of the four suspects, Michael Holliday and Brian Bailey, broke into John Moore’s house while the other two suspects, Jonathan Koncir and Jordan Sanford waited in a car nearby, according to an Onslow County Sheriff’s Office report obtained by local media.

Once Holliday and Bailey were inside the house, they pointed a 20-gauge shotgun at Moore and demanded that he hand over cash and prescription drugs, which according to authorities was worth about $200. But Moore pulled out a .22-caliber handgun and demanded that the two men get out of his house instead.

Apparently the two men didn’t take to Moore’s demand and sometime during the the altercation, Moore fired his gun, striking Holliday. At that point the two men ran out of the house. 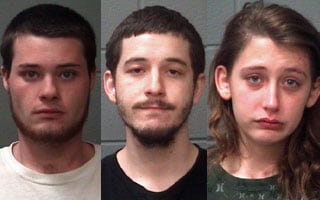 Moore immediately called the police to report the attempted robbery and shooting that had just occurred. Meanwhile the four fled in the nearby car in an effort to get Holliday to a hospital, but crashed into another vehicle on the way.

When police responded to the accident, they quickly realized that the man inside the car suffering from the gunshot wound was the same one that Moore had just called about.

Holliday was transported to the hospital where he was pronounced dead a short time later.

All of the suspects are in their early twenties, except for Sanford who is only 18-years-old.

Authorities did not indicate that any charges would be filed against Moore.