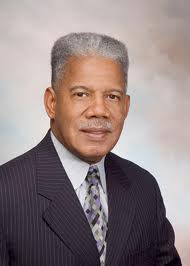 The Virginia Senate on Wednesday passed SB 65, a bill that aims to crackdown on celebratory gunfire.

Known as ‘Brendon’s law,’ named after a seven-year-old boy who was killed by a stray bullet last July, the bill strengthens penalties for those who “discharge a projectile from a firearm into the air with no discernible or designated target.”

Those caught firing rounds into the air that do not result in death or injury will face a Class 1 misdemeanor.

The bill’s sponsor was confident that the tougher penalties would dissuade gun owners from engaging in non-targeted shooting, perhaps saving lives and reducing shooting-related injuries.

“Brendon Mackey was walking to a fireworks show on the 4th of July with his father before his life was cut tragically short by a stray bullet,” Sen. Henry L. Marsh (D-Richmond), a Civil Rights Attorney, told a local USA Today affiliate.

“Brendon’s Law will help prevent what happened to Brendon from ever happening again — and if it does happen again, this bill ensures that those responsible will be held accountable for their reckless and dangerous actions,” he continued.

However, the pro-gun Virginia Citizens Defense League believes that the law is woefully misguided.

“We STRONGLY OPPOSE the Senate bill (SB 65),” said Philip VanCleave, the group’s president in an email to Guns.com.

“Virginia already has laws for manslaughter, reckless handing of a firearm, shooting across a road, shooting into an occupied dwelling or vehicle, etc.,” he continued, indicating the apparent redundancy of the measure.

“The bill was nothing but another piece of useless gun control that won’t save a single life put in by a political ambulance chaser after a poor little boy was hit and killed by a gun shot into the air on July 4, 2013,” added VanCleave, pointing out “So far they have not found the idiot that killed him.”

VanCleave also noted that the VCDL was amenable to a “malicious wounding bill” that the House proposed at one point in response to SB 65, but the fate of that bill was short lived as lawmakers in the Senate quickly rejected it.

SB 65, and its matching House version (HB 810), will now head back to the House for one final review. If approved, it will head to the desk of pro-gun control Gov. Terry McAuliffe.

However, VanCleave, who has urged the state house to kill the bill, is optimistic that it will be dead in the next day or two. We’ll keep you posted.