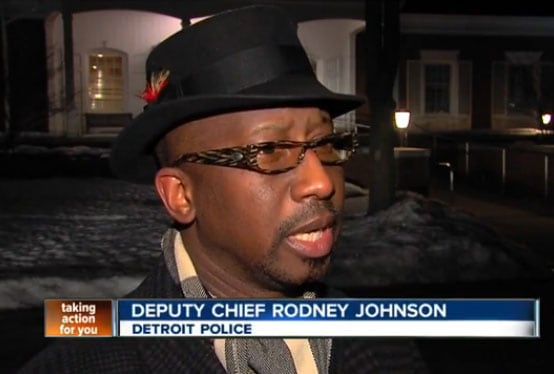 With Detroit towering at the top of the Forbes list of most dangerous cities for the fifth year in a row, some residents have had enough and are fighting back in a fierce way.

A local ABC affiliate reported that just last week during three separate incidents, armed citizens stood up against their assailants and refused to become just another statistic.

“I think it’s just a matter of the individual homeowners protecting themselves and finally catching up with the criminals and that enough is enough and they aren’t going to take it anymore,” said Detroit Police Deputy Chief Rodney Johnson.

Ironically, the news of good guys with guns made headlines just one month after Detroit Police Chief James Craig made a jaw-dropping statement that armed citizens serve as a “deterrent” against criminals and “good Americans with CPLs translates into crime reduction.”

And although Detroit still reigns as the country’s most dangerous city, the crime rate actually did decline last year, and Johnson admitted that over the last three to four years the number of applications for concealed pistol licenses has increased as well.

The most recent incident occurred Saturday during the early morning hours. Armed with a tire iron, two men broke into a home, but when they started to attack the homeowner, he fought back and opened fire. Both suspects were shot, one fatally.

Just hours prior, about 12:30 a.m., a woman had just pulled into her garage when a man suddenly appeared and put a gun to her head in what police believe was an attempted robbery. In an effort to distract him – which worked – she dropped her car keys and took a few steps back while retrieving her .38 revolver. She shot the suspect a total of seven times, killing him.

Although the suspect was able to fire a single shot, the woman was not injured. The woman’s husband told reporters that she purchased the gun to protect herself and that is exactly what she did that morning.

Then just two days later a mother of two protected herself, her children and her home when she fired several shots from a Hi-Point carbine after three armed teens broke into her home. It was the second break-in the family had experienced in less than two weeks. The three suspects, just 14- and 15-years-old, were arrested soon thereafter.

Craig once again applauded the actions of armed citizens and said the mother “did the right thing.”

“Your time is up. We don’t have any more patience for criminals in this city. We will get you, we will find you, and you will go to jail,” Woody said.

Although two of the six suspects ended up with a much more serious fate than jail time.

And it’s not just the local residents taking note of the recent defensive gun uses in Detroit either.

Guns.com once again had the privilege of joining Bill Frady on Lock N Load Radio this week. During the segment Frady brought up the topic, calling it “a very good thing” the victims were able to protect themselves.