The B-17 “The Movie Memphis Belle” flew over the Atlanta skies Monday with several WWII aviators on board.

Aboard the aircraft was former B-17 crew members Henry Hughey, 89, Albert McMahan, 93, and Lt. Col. Hap Chanderl, 92. “The Movie Memphis Belle” is famous not only because she completed her 25-mission tour without being shot down, but because each of the 10 crew members survived without sustaining any injuries, News Daily reports.

“This brings back memories,” said McMahan as he climbed aboard the aircraft. “Good memories – most of the things you remember are the bonds that were formed, the friends and the feeling that you were serving your country.” 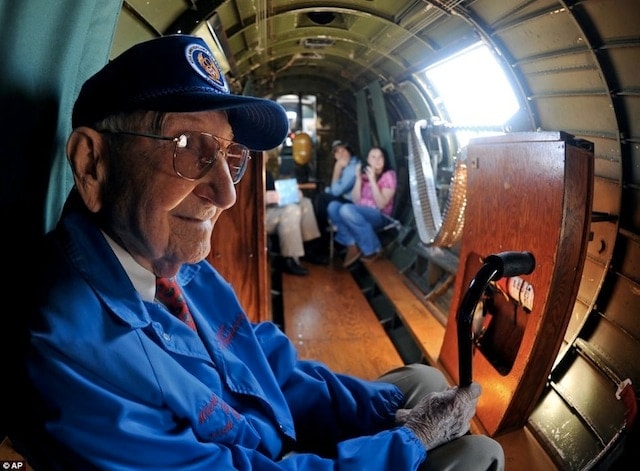 McMahan, who served as a tail gunner, takes his seat inside “The Movie Memphis Belle.” 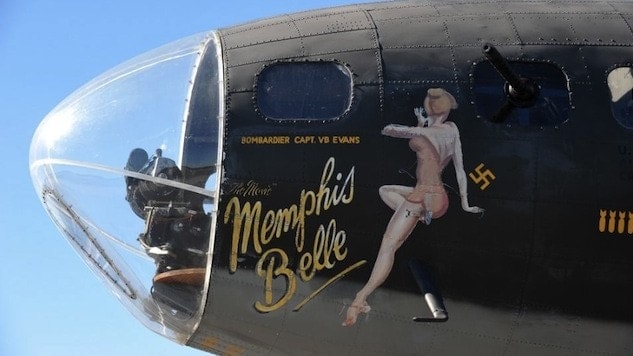 Formerly called the “Memphis Belle,” the plane was renamed after the 1990 film of her exploits. 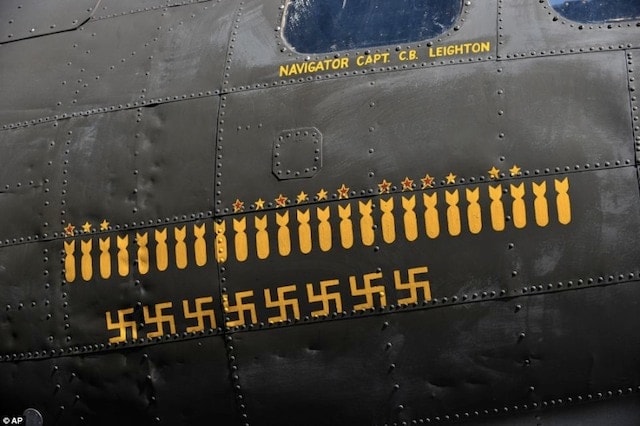 “The Movie Memphis Belle” is famous for having survived all 25 missions without being shot down. 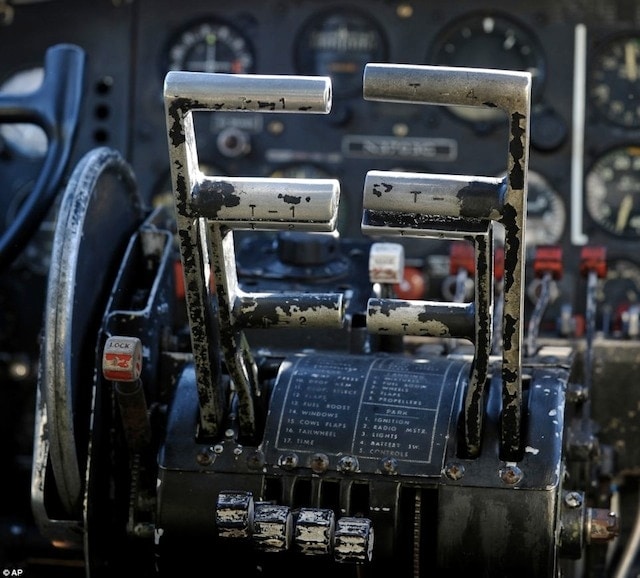 The throttle is worn after years of use.