A bus driver in Trotwood, Ohio, was saved by his Bible after a gunman shot him in the chest at point blank range Monday morning.

Rickey Wagoner, 49, was fired upon three times as he stood outside his bus. One round struck him the leg, the other two were directed at his chest, but were stopped by his pocket Bible, Daily Mail reports.

Wagoner religiously kept his New Testament Bible in his breast pocket. When he was assaulted by three men in a suspected gang initiation, the Word may have literally saved his life. 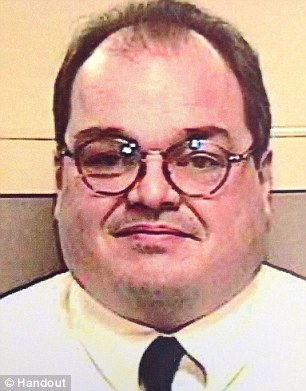 Wagoner was shot twice in the chest and once in the leg, but the bus driver refused to give up and used his pen to thwart the attackers.

“There was obviously some kind of intervention involved in this incident, because he probably should not be here,” said Sg.t Michael Pauley of the Dayton Police Department.

Wagoner told investigators one of the suspects said, ‘We need to shoot a polar bear to get in a club,” which is slang for attacking an random victim, according to the Daily Mail.

Wagoner was repairing his bus when he was shot twice in the chest. He wrestled the gun away from the suspect, but was shot again in the leg in the process. During the altercation, Wagoner was also stabbed in the left arm with a knife.

Refusing to give up, Wagoner pulled a pen from his pocket and used it as a makeshift weapon, striking out at the suspects.

“I stabbed on in the leg with my pen,” Wagoner said. “He hollered and that’s when they all ran.”

As the suspects fled, Wagoner fired on them with the gun he captured.

According to a Facebook post by Wagoner’s son, Rickey Wagoner Jr. “Dad is doing good now and my family and I are just lucky he is alive.”