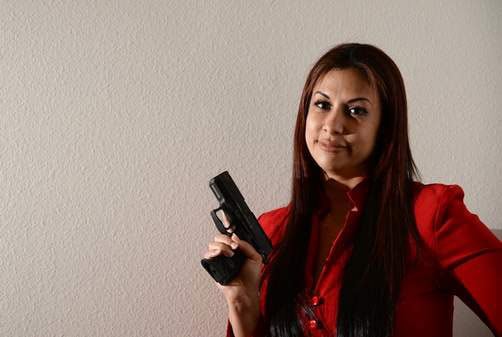 Ivette Ros says she carries her 9mm for safety, to protect herself, her three children and her employees while at work. (Photo credit: The Tampa Tribune)

A 37-year-old single mother of three is suing a Wells Fargo bank in Oldsmar, Florida, after she says she was unlawfully fired from her job as a bank manager when bank officials discovered she had carried a gun to work, the Tampa Tribune reported.

Ivette Ros, who says she feels “naked” without her gun, has a valid concealed weapons permit, which recognizes her right to carry the 9mm.

“It’s just something about having it versus not having it,” she told the newspaper.

“I’m a manager of a bank,” she added. “We have a lot of robberies that happen in our banks. I feel safer having that weapon if I ever needed to protect my employees.”

Ros said that sometimes she would leave the firearm locked in her car in the parking lot, but other times she would bring it into the bank concealed either under her clothes or in her purse.

While Ros claims that she never opened displayed the firearm, at some point someone noticed that she did have a gun and reported her to bank officials. This led to an investigation by corporate security and when it was discovered that she was in fact packing heat, she was fired for violating the company’s strict no weapons policy.

However, Ros argues that she was well within legal parameters – and her Constitutional rights – to carry her gun to work, and Florida state statutes mention nothing of restricting the right to carry a concealed firearm into bank.

Likewise, assistant professor of law at Stetson University College of Law in Gulfport, Jason Bent argues that a private employer has the legal right to restrict the carrying of firearms.

“There is nothing in the state statute that says the employer has to let her bring it into the building,” Bent said.

However, Ros’ attorney, Noel Flasterstein, claims Wells Fargo’s policy, and Ros’ termination, was illegal. Flasterstein cites the Preservation and Protection of the Right to Keep and Bear Arms in Motor Vehicles Act of 2008, which allows Ros to legally keep her firearm locked in her car in the bank’s parking lot. However, the bank’s policy also allowed for the same, it just prohibited her from bringing it inside the building.

Nonetheless, Flasterstein claims that a section of the law is still applicable to Ros’ case.

“No public or private employer may terminate the employment of or otherwise discriminate against an employee, or expel a customer or invitee for exercising his or her constitutional right to keep and bear arms or for exercising the right of self-defense as long as a firearm is never exhibited on company property for any reason other than lawful defensive purposes,” the section reads. 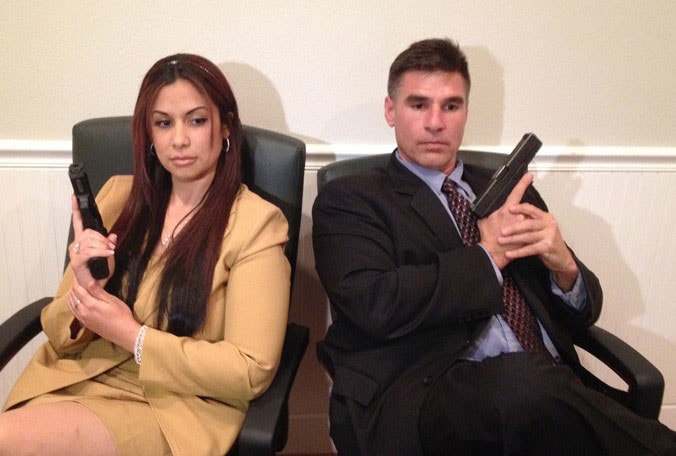 “She’s a good person who elected to defend herself as she is constitutionally permitted,” said Noel Flasterstein, Ros’ attorney. “The second amendment is not a privilege. It’s a freakin’ right.” (Photo credit: Bay News 9)

Wells Fargo declined to comment on the case, only releasing a written statement reiterating their no weapons policy and standing behind the company’s decision to terminate Ros for violating that policy.

“I understand some people don’t feel comfortable with weapons,” Ros said. “I respect that. But I do, so why undermine my feelings and how I feel?”

Ros is seeking an apology from Wells Fargo, as well as compensation for emotional and monetary damages.