Last surviving WWII Medal of Honor recipient, who partook in D-Day, dies at 92 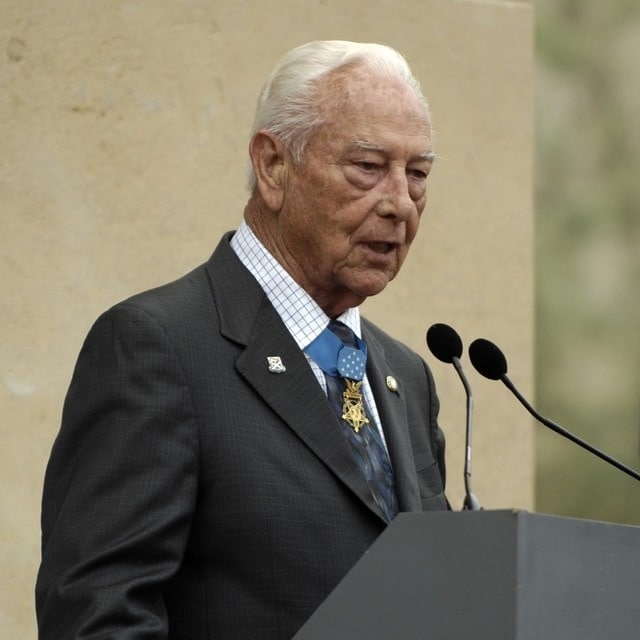 Staff Sgt. Walter Ehlers was awarded the Medal of Honor after he singlehandedly took out two German machine gun nests.

Ehlers and his brother, Roland, enlisted in the Army in 1940, though they both already had several battles under the belt. Ehlers’ actions during the second wave assault on Omaha Beach in Normandy in June 1944 earned him the Medal of Honor, Circa reports.

Under a barrage of fire, Ehlers led his men to cover before being shot in the side by a sniper. Wounded, he embarked on a mission of his own, singlehandedly killing at least seven German soldiers in the process. He also cleared out two German machine gun nests, chased off Germans operating mortars, and even managed to carry a wounded soldier to safety.

Ehlers was awarded the high honor “for conspicuous gallantry and intrepidity at the risk of his life above and beyond the call of duty.” But while Ehlers was fierce in battle, he was gentle in life.

“Walt was the kindest, gentlest person, and you would never have known he could have done the things that he did. He always said, ‘If it’s you or them, you make sure it’s them,’” said Dorothy, Ehlers wife of 58 years.

Ehlers also received the Silver Star, two Bronze Stars, and was injured at least four times. His burial will be held March 8 at the Riverside National Cemetery to full military honors.