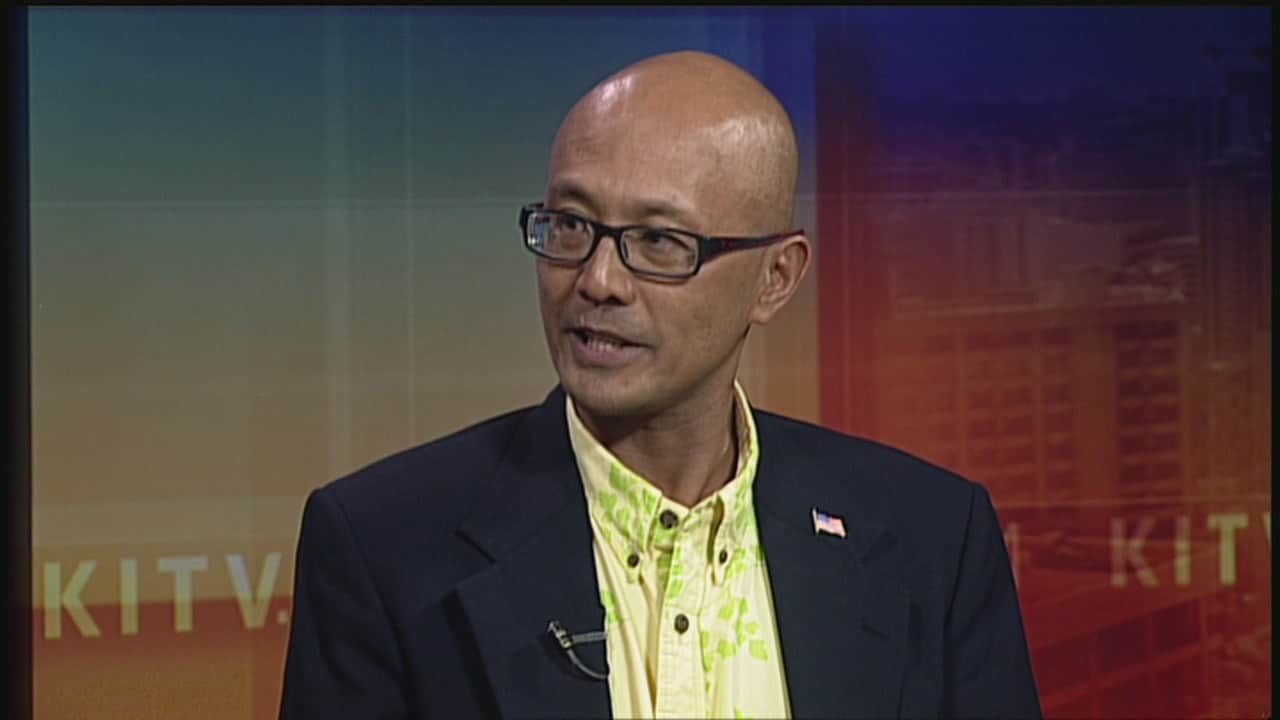 Sen. Will Espero (D-D19) is the sponsor of SB2938, which would allow Hawaii residents to register their guns online rather than queue in lines at local police stations. (Photo credit: KITV)

Hawaii state residents may have an easier time in the future registering their guns if a bill that passed in committee Tuesday finds its way through the legislature and to the Governor.

The bill, SB2938, would set up a statewide online registration process that would allow those who are registering a new gun to avoid the current multiple trips and hours of waiting involved.

Introduced by Sen. Will Espero (D-D19), it passed the Senate Ways and Means Committee Tuesday afternoon with a 12-0 vote.

The bill would require the Hawaii Department of the Attorney General, in collaboration with the county police departments, to establish a statewide online firearms registration process by July 1, 2015.

The Hawaii Rifle Association, which strongly supports the measure, maintains that the current system requires three personal visits, each of which can last up to six hours during peak times to register handguns on the islands.

Hawaii has some of the country’s strictest gun laws and has required registration of all modern firearms since 1994. If one moves to the state and brings in a firearm of any description, one must register the firearm within 72 hours after the firearm enters the state.

According to local media the line to register guns on any given business day on Oahu at the Honolulu Police Department can stretch to more than 100 persons long, with some queuing up as early as 3 a.m. 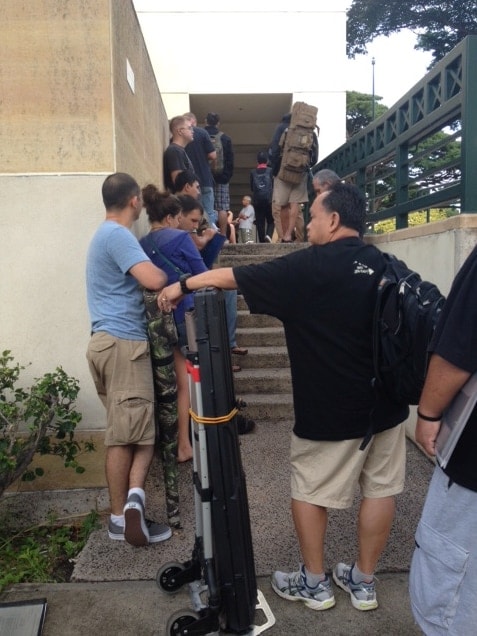 Lines at Hawaii police stations for those looking to register guns, required in the state since 1994, often take hours and mean extensive waits such as this one at the Honolulu Police Department recently, with lines forming as early as 3AM. (Photo credit: The Hawaii Reporter)

“Registration is a weak law enforcement tool at best,” Cooper told Guns.com.  “Handgun registration in Hawaii, introduced in 1933 well before statehood, was repealed in 1950, but re-instituted in the ’60s.  Historically, including examples in the U.S. (guns were confiscated during WWII in Hawaii, primarily from Japanese residents), registration leads to confiscation.”

As of 2012 there were just  50,394 firearms registered in the whole state, which has a population of 1.3 million. That same year saw just four private citizens apply for a concealed carry license in the City & County of Honolulu, and one applied in Maui County, and all five were denied at the discretion of the respective county police chief.

In testimony in front of the committee, the vast majority of individuals supported passing the measure as did the Hawaii Rifle Association. Coming out against the bill was the leadership of the Hawaii’i, Maui and Honolulu Police Departments as well the Injury Prevention Advisory Committee (IPAC), all citing costs of a new program and potential security issues.

“The [current] system is intentionally administered to make it “humbug” to acquire a firearm in Hawaii, especially on Oahu where there is only one service point, HPD Headquarters, on Beretania,” said Dr. Max Cooper of the Hawaii Rifle Association in testimony to the committee Tuesday.

Few states require firearms to be registered and those that do often see issues in processing applications. In Connecticut where some gun owners were affected by a new and more draconian set of gun laws last year, delays in backed up, mailed-in applications has caused debate that still left some in violation of the law.

The Hawaii bill is now headed to the main floor of the senate where it will be debated.

“The latest draft will certainly pass a Senate floor vote,” said Cooper, then, “the bill will be transmitted to the House where the process starts over.  Getting it past House Judiciary Chair Karl Rhoads will be problematic.  Supporters need to revamp their testimony and get ready for the House hearings.”