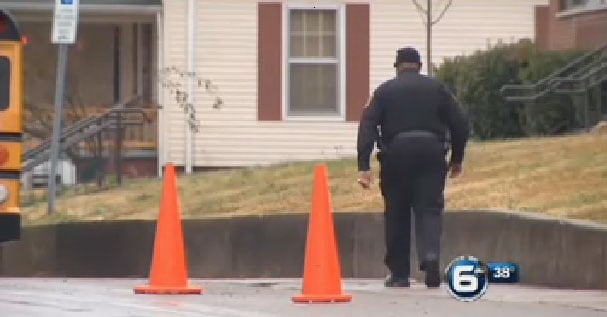 The shooting in Newtown, Connecticut, sparked additional safety protocols in schools and gun control measures to be introduced across the entire country and Tennessee was no exception. (Photo credit: ABC)

The state of Tennessee is considering whether a bill signed into law nearly a year ago has had the desired outcome to help protect children by keeping guns out of the hands of the mentally ill who are a danger to themselves and others, according to a report by a local ABC affiliate.

Like many other gun control measures across the country, the state’s Public Chapter 300 was originally introduced following the mass shooting at Sandy Hook Elementary in Newtown, Connecticut.  The measure required mental health professionals to report anyone who they felt was a danger to themselves or others and shorten the time allotted to do so from three months to just three days.

“Originally it was a law that if folks had been involuntarily committed to a state hospital, reporting their names to the court so that they could then get them entered into a state or national database for preventing them from purchasing firearms,” explains Ben Harrington with Mental Health Association of East Tennessee.

But opinions are mixed over whether or not the new law has actually done anything to make Tennessee’s communities safer.

“Whenever you have an event like this or Colorado there’s a natural reaction of lawmakers to try to do something to make sure that whatever the problem was doesn’t happen again,” Harrington said.

But even the law itself has some issues as well.

“We’re not sure that when we report to the state they report to the feds that we’re not double counting the incidents, and so that’s something that we’re working on as well as the specific way to report has been a little confusing,” said Knoxville Police Chief David Rausch.

Nonetheless, Rausch still feels that lawmakers are on the right path for protecting the people of the state and he hopes that the measure will soon be fine-tuned to clear up any existing confusion.

“I think it’s highly valuable. We’ve seen the incidents in our country where folks with mental health issues have made threats and stated those threats to mental health professionals and they are not sure what to do with that information and they sit on it. And then we see these incidents,” said Rausch.

Yet sometimes, as demonstrated by a Missouri couple last year, it’s not even the health care professionals that see the potential threat.

Bill and Tricia Lammers of Bolivar notified authorities last November after Tricia found a receipt for a shotgun in the pocket of a pair of pants belonging to her son, who had a previous history of both violence and mental health illness.

Their son, Blaec, later admitted that he was plotting a mass shooting spree at a screening of The Twilight Saga: Breaking Dawn Part 2.

The young man’s parents say the broken system has failed them time and time again.

“The system is broken. The mental health system. There’s no place to turn to. You take them to a hospital, and 96 hours later they’re home. Maybe on Prozac, but they’re not fixed,” the boy’s father told CBS last year.

“The fact is the people who are in treatment are least apt to act up. It’s those who aren’t getting services they need. They are at most risk,” Williams explained. “Which means most people with mental health issues are not violent, or scary or dangerous.”

In addition, just like adding extra security protocols in schools, the issue of the mentally ill having access to guns is only one part of the overall problem.

“There is no quick fix to this. This is stuff that starts in the third grade or younger on forward. If we had better prenatal care, we’d have less violence. This has been shown over and over again. But it does cost money and it’s the long view and therefore we’re not likely to do it,” Williams added.