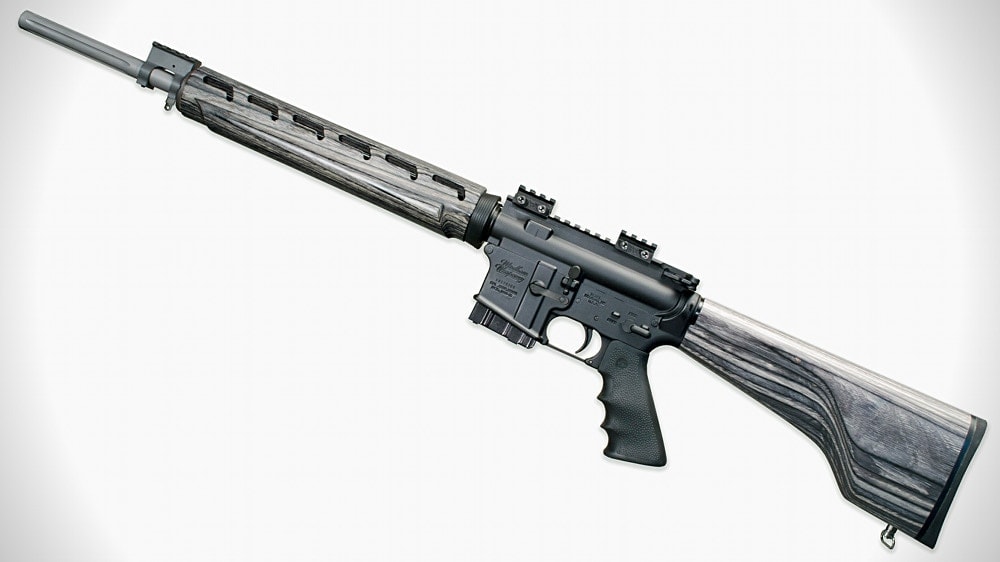 Windham Weaponry is launching a new precision rifle for varminters and target shooters. Like a lot of varminting rifles today it is based on the AR-15 pattern but with a twist: wood laminate furniture. The new Varmint Exterminator (VEX) Pepper has a grey laminate buttstock and matching handguard.

This VEX rifle gets the Pepper moniker due to the salt-and-pepper tones of the laminate furniture.

This is a nice take on the “black rifle” for people disinterested with more common and much more tactical trappings but still want an AR for its other qualities. ARs are popular rifles because they’re very ergonomic and work with easy-to-find, inexpensive magazines.

Like many AR-15 rifles it is chambered for .223 Remington. It features a 20-inch barrel for light-and-fast bullets, which benefit from every extra inch, but also has a one-in-eight twist for use with longer, heavier bullets, making this a particularly flexible rifle.

The 416R stainless steel barrel is also fluted for increased rigidity and better heat dissipation, which is especially nice for a rifle that is meant to be shot a lot, as most varminters are. 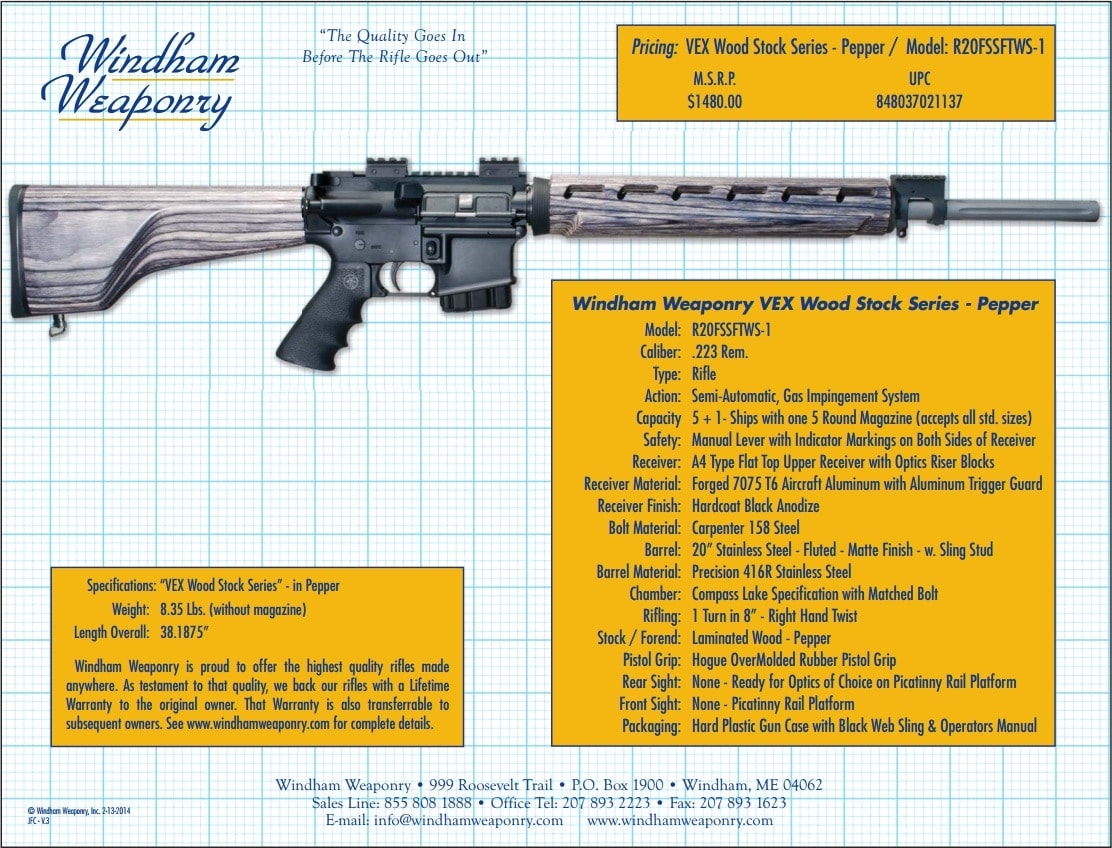 Overall the rifle measures in at a hair over 38 inches long with its fixed buttstock and weighs 8.35 pounds dry. The one bit of furniture that isn’t unique to the Pepper is the pistol grip, which is an overmolded rubber finger-groove grip by Hogue.

It is built on forged 7075 T6 receivers, which are tougher than 6061 receivers and is accuratized at the factory. Windham uses a Carpenter 158 steel bolt that is fit to each barrel individually.

The Pepper is a standard direct-impingement rifle and comes with one five-round magazine for hunting, although it will work with any standard AR-15 magazines. It also comes with a hard case and web sling.

It is an “optics-ready” rifle, meaning it has no sights or optics included, which for this type of rifle is something best left up to the user anyway. It has plenty of sight options with its flattop rail, railed gas block and included scope risers.

All Windham firearms are covered by a lifetime warranty that sticks with the gun, not the original owner, too. For more information head over to the Windham Weaponry website.

If you’re looking for an AR but don’t want any of that tacticool business, this might just be your next rifle.