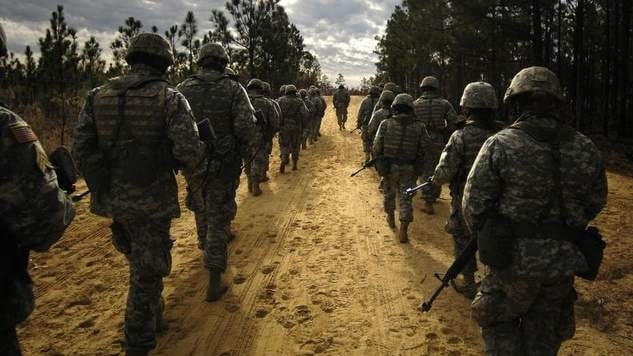 A recent survey has wedded out 588 Army troops from the position of sexual assault counselors, recruiters and drill sergeants.

The Army has disqualified 588 soldiers from the pool of potential sexual assault counselors, recruiters and drill sergeants after a recent review revealed they had committed disqualifying infractions.

While it’s inevitable some soldiers will be barred from obtaining “positions of trust,” the number of disqualified troops has increased by 1,000 percent since May of last year when Defense Secretary Chuck Hagel ordered troops in sensitive positions be screened for previous criminal or unethical behavior, Military Times reports.

“We will continue working to better ensure we select the very best people for these posts, and that the chain of command knows what is expected of them, and how important this work is to the Army,” said Army spokesman Col. David Patterson.

Sen. Kirsten Gillibrand proposed a bill that would place the power to prosecute cases in the hands of career military prosecutors, saying the increased number of disqualified soldiers indicates a need for sexual assault prosecution reform.

“These continued reports paint a very clear picture of why nine out of 10 sexual assault victims don’t report their attack and why the military needs a reformed, independent and transparent system of justice,” Gillibrand said.

While the Army has reported issues with their soldiers after their review, other branches reported few, if any, problems.

California Rep. Jackie Speir questioned why this was, saying, “The numbers are staggering. I also want to applaud the leadership in the Department of Defense for scrubbing what has been a cancerous culture.”