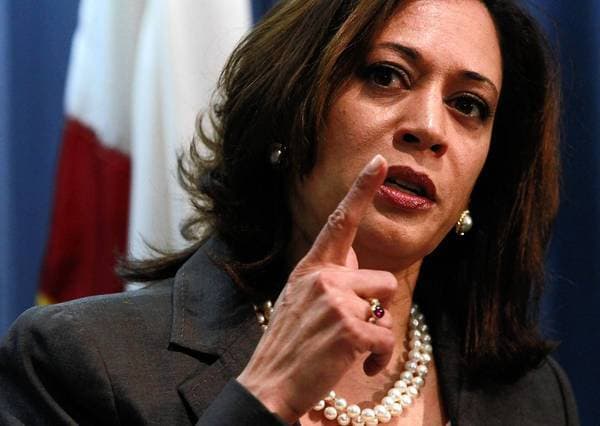 Prior to the ruling, the local sheriff would refuse to accept self-defense and self-protection as ‘good cause’ for granting concealed carry permits in the county.

“Local law enforcement must be able to use their discretion to determine who can carry a concealed weapon,” Harris said in a statement published Thursday. “I will do everything possible to restore law enforcement’s authority to protect public safety, and so today am calling on the court to review and reverse its decision.”

This comes days after the named party in the federal lawsuit, Bill Gore, Sheriff of San Diego County, announced he would not seek an appeal of the case.

The challenge asks for permission to intervene request en banc review by an 11-member panel of judges from the 9th U.S. Circuit Court of Appeals. This is the same court in which a three-member panel, in a 2-1 decision, ruled in favor of Ed Peruta, who was denied a permit from his county sheriff because he did not satisfy the ‘good cause’ criterion.

Of the 27 circuit judges on the seniority list for the 9th Circuit, only eight were appointments by Republican presidents, two of which delivered the Feb. 14 decision.

If the Court grants a motion to intervene, that does not mean it will necessarily grant the en banc petition. So, the AG must have her motion to intervene granted, her petition for en banc review granted, and convince the en banc panel that the original panel made reversible error. Should the review be accepted and then fail, Harris could then petition the case to the U.S. Supreme Court.

In the two week suspense between the 9th Circuit Court’s ruling, entered into the record on Feb.14, and the Attorney General’s announcement, both San Diego and Orange Counties as well as Ventura county have been accepting permit applications with the new post-Peruta guidance, although they have not as of yet issued any permits pending the appeal.

The law firm of CD Michel and Associates, Mr. Peruta’s attorney, firmly believe that the Harris does not have the standing to intervene and seek en banc review because the San Diego County Sheriff decided not to oppose the 9th Circuit Court’s ruling and they are filing opposing motions for the AG to intervene.

Moreover, Michel points out that Harris had refused to become a party to the suit when the matter was before the court and the outcome was in doubt and therefore has no right to jump into the fray now.

The Attorney General’s office was repeatedly invited to participate in this case both by Sheriff Gore’s attorney, and by the plaintiffs. The Attorney General’s office declined to participate in the case, just as she has refused to get involved in similar cases challenging policies in other cities and counties that refused to accept self-defense as justification to get a license to carry a firearm in public to defend yourself and your family.

In fact, when the Attorney General’s office was named as a defendant in some of those cases, it has successfully moved to be dismissed from the cases because the court has accepted the Attorney General’s argument that she is not the official vested with the authority of the state when it comes to administering these licenses – the Sheriff is.

It is ironic that the Attorney General does not recognize that the arguments it made about her authority to abandon the defense of the gay marriage ban apply equally here. The Sheriff has the ultimate authority to decide whether to continue to fight this case, and he has made his decision. But now that it suits her ideological disposition, she wants the court to impose a double standard.

The Ninth Circuit Court should issue a decision on whether or not they will accept the Harris’s request for review in coming days. The court’s judges themselves can request a review until March 6.