A York County sheriff shot a disabled Vietnam vet as he reached for his cane during a traffic stop Tuesday.

Bobby Canipe, 70, was pulled over for out of date registration, but the routine traffic stop quickly escalated after he exited the vehicle and reached into the bed of his truck to retrieve what Deputy Terence Knox though was a rifle, but was later discovered to be his cane, Daily Mail reports.

Knox, 24, fired his duty weapon several times, striking Canipe once in the abdomen. 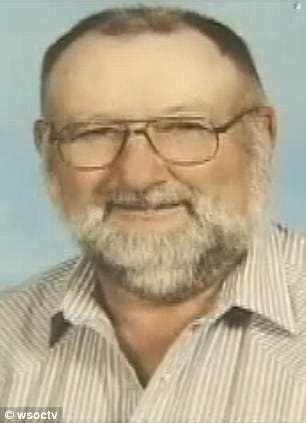 Bobby Canipe was shot in the stomach as he reached for his cane during a traffic stop.

“Deputy Knox was forced to a make a split-second, life-or-death decision and fired his weapon several times, striking Canipe once,” said Trent Faris, a spokesman for the sheriff’s office.

Canipe was rushed to the Carolinas Medical Center to be treated for his gunshot wound and is said to be in fair condition.

Knox has been put on paid administrative leave and while the shooting is still under investigation, York County Sheriff’s Office has said Knox’s actions were justified.

“It does appear, at this time, that Deputy Knox’s actions were an appropriate response to what he reasonably believed to be an imminent threat on his life,” said Faris.