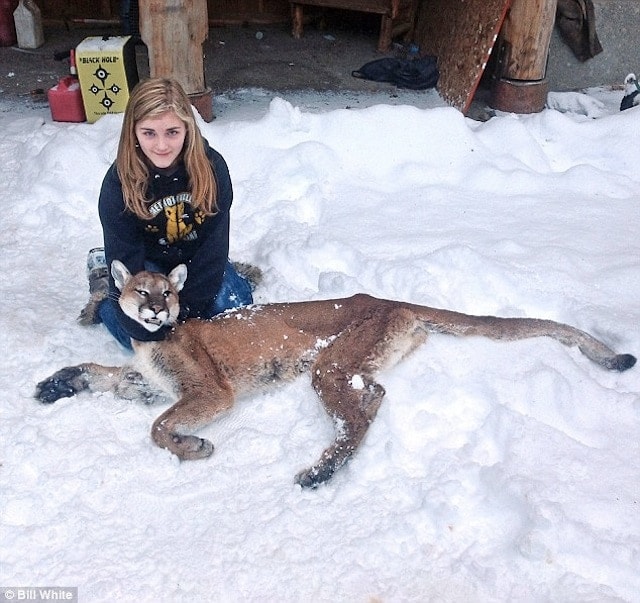 Shelby White shot this cougar as it followed her brother into the house.

An 11-year-old girl shot dead a hungry cougar that was stalking her 14-year-old brother at their rural ranch Thursday  in Twisp, Washington. 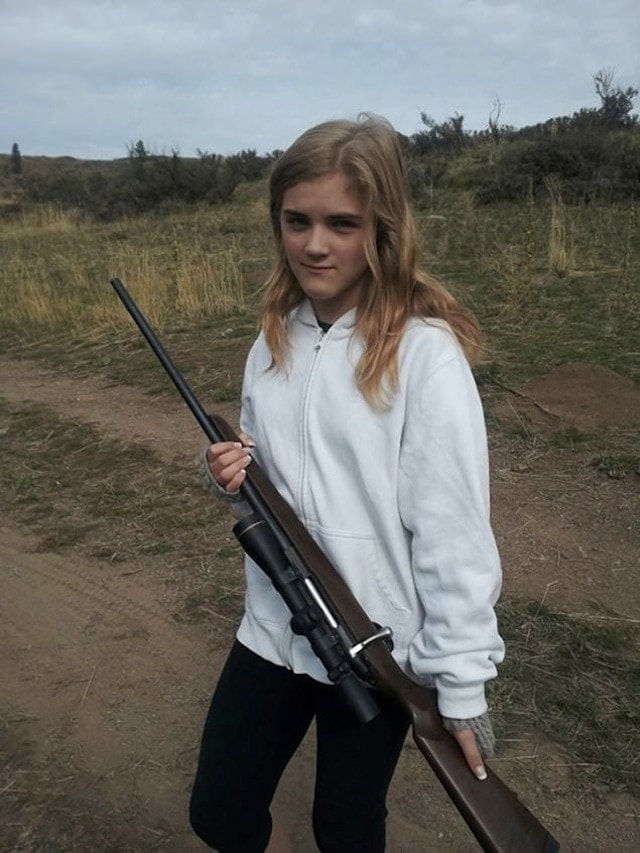 Shelby is no stranger to hunting and bags a deer every year.

Shelby White is no stranger to hunting and when she noticed her older brother, Tanner, was in danger, she grabbed her rifle and snapped into action. Shelby, who has a permit to kill cougars, cracked off a shot as the 50-pound female cougar started following Tanner into the house, and the beast fell dead, New York Daily News reports.

Shelby has been hunting since she was eight-years-old and bags a deer every year. Her weapon of choice is her .234-caliber rifle. She favors it because of its mild recoil.

But Shelby isn’t the only one in the family with a pension for hunting. Shelby’s grandfather, 64-year-old William White, said Tanner recently bagged a 125-pound cougar after it killed one of their calves.

“We’re real avid hunters,” William said of the White family. “I want my grandkids to know how to protect themselves because we have a lot of predators.”

According to the Daily Mail, this marks the fourth cougar death near the White’s property in the last two weeks. Residents believe the local predators are starving and may be considering humans as a source of food. 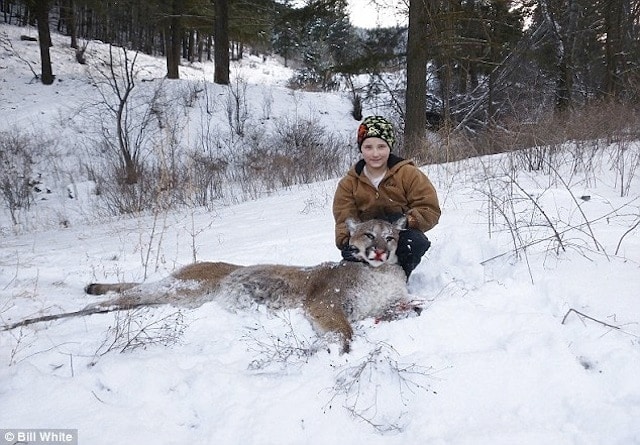 Tanner also hunts and recently shot a 125-pound cougar after it killed one of their livestock.