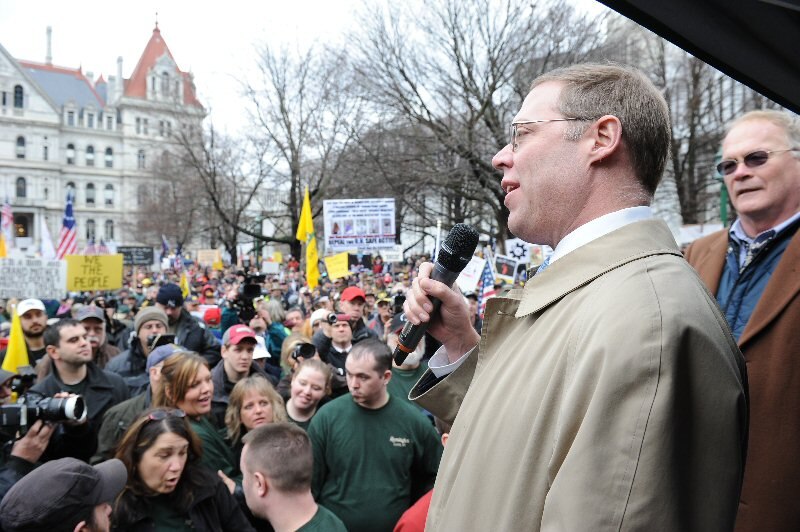 Assemblyman Will Barclay, seen here at the NY2A-Day Rally, and other New York legislators are trying to push back the SAFE Act with a bill of their own. (Photo credit: Oswego Today)

Legislation introduced in the New York Assembly that aims to repeal most of the draconian parts of the SAFE Act is still around despite efforts to marginalize it.

A bill sponsored by more than a dozen Assembly Republicans that has been quietly waiting its turn to be debated in that body for the past several months may soon get its chance after negative attention has been drawn to the state following Remington’s recent announcement to expand into gun-friendly Alabama.

“While I don’t begrudge another state from securing these high-paying manufacturing jobs, I do begrudge our own leaders for forcing the ‘SAFE Act‘ upon its people and hindering economic development right here in New York,” wrote Assemblyman Will Barclay in an opinion piece this week in the Oswego County Today.  “Its passage has undoubtedly affected Remington Arms, located in Illion, New York, for more than a century, from expanding in its home state.”

Barclay in one of the sponsors of A6094, which, along with its companion piece in the state senate, S3948, are known as repealer bills.

Simply put they intend to roll back most of the new laws introduced in 2013 when the SAFE Act was rushed through the state legislature. Both bills have the support of the Shooters Committee on Political Education in New York (SCOPE NY) and other pro-2nd Amendment groups in the state who have seen vast increases in membership in the past year. 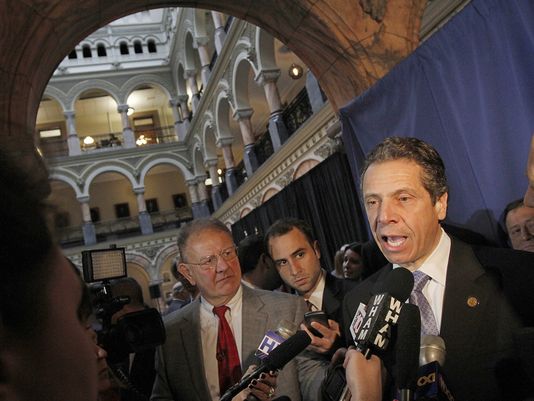 Gov. Cuomo remains solid in his support for the SAFE Act, now in its second year. (Photo credit: USA Today)

The office of Gov. Cuomo did not reply to requests for a statement on A6094 or S3948 to Guns.com, but a meeting this week between the Cuomo and Geddes Town Supervisor Manny Falcone Jr.  brought no promise to change the SAFE Act in coming months.

“His overall view of the Safe Act is public safety,” Falcone said. “I understand that. I understand his reasoning,” the supervisor said, adding that he doesn’t agree with the governor’s rational for the laws.

Repeal pieces in states that passed strict new gun control measures last year have not had a good track record in the past several months. A host of bills that would have nullified Colorado’s new gun laws met steady defeat in committees in recent weeks.

AB6094 is currently listed as ‘referred to codes’ which is the terminology used in the Assembly whenever a bill is sent to committee for review.

In an interview with Guns.com Thursday, Barclay expressed hope that the Remington expansion in a state other than New York would energize the bill, but candidly did not express confidence that it would make it to the floor for a vote this term.

Although the bill will may die in committee, its life would not have been in vain contends Barclay.

“It’s important to make an effort to do something,” Barclay said. “The SAFE Act really doesn’t accomplish anything. It certainly won’t stop another tragedy like the one that happened in Connecticut. It just penalizes law-abiding gun owners.”