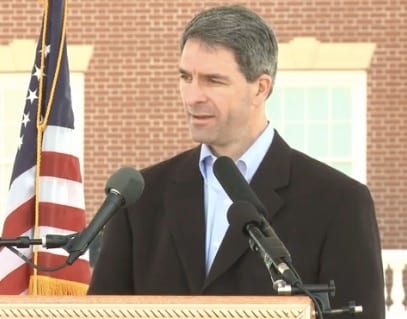 Former Virginia attorney general and 2013 gubernatorial candidate Ken Cuccinelli has created a law firm to “defend those who defend themselves.”

The Virginia Self Defense Law firm is dedicated to providing legal representation to law-abiding gun owners who use their firearm in self-defense or find themselves being harassed by law enforcement for exercising their constitutional right to keep and bear arms.

Essentially, the way the firm works is that gun owners can keep the firm on retainer for less than $10 per month, which covers the cost of all legal fees related to the case except for expert witnesses and bail money (if applicable).

“A legal retainer with Virginia Self Defense Law costs as little as $8.33 a month — less than half the cost of a hunting license,” states the website. “Don’t be a victim! Don’t let these realities become your family’s fiscal nightmare!”

For Cuccinelli and his partners, the service is there to prevent gun owners from going bankrupt due to the high costs associated with fighting for one’s 2A rights when they are challenged in court.

“All of us . . . can name cases we know of in various places where really outrageous things went on just to torment lawful, law-abiding gun owners,” Cuccinelli told the Washington Post. “We’re filling a market need.”

Guns.com had an opportunity to reach out to Sen. Garrett and ask him a few more questions about VSDL. Below is our Q&A:

S.H. Blannelberry: Can you talk about the genesis of VSDL?

Sen. Garrett: There are numerous cases where our service is worthwhile. Within the last six months, just in Virginia, a man was convicted of brandishing (and had his conviction upheld on appeal) for simply moving a handgun from his glove box to his person. Another case from Woodbridge arose when a parent was charged for firing a warning shot to disperse a crowd which was assaulting her daughter. With these things in mind, we began to wonder how to provide services to address these concerns at a price point that would allow members of the general public to avail themselves of our retainer. VSDL is the result of months of working with the State Bar and the State Corporation Commission to craft a model that serves these ends.

On a personal level, I served for nearly ten years as a prosecutor in state and federal courts. When I went into private practice, I wanted to maintain my ability to work “on the side of the angels.” In private practice, all too often, you take the work that comes, and to be sure, every person is entitled to a vigorous and competent defense. VSDL allows me to focus on being on the “side of the angels” as I was as a prosecutor, and to work to defend an individuals sacred right to keep and bear arms.

S.H. Blannelberry: Are your services for Virginia residents only?

Sen. Garrett: We will extend retainer services to non-residents of Virginia, but currently our plans only cover events arising in Virginia. Having said that, we have been at this for two weeks, and are currently working through a large surge in interest. We are currently working to expand our model throughout the region, and eventually the nation.

S.H. Blannelberry: How do you vet your cases? For example, say one of your clients pays the retainer and ends up shooting someone in what appears to be self-defense, but it’s not quite clear. Would you still represent that individual?

Sen. Garrett: Any contract is interpreted against the drafter. With this in mind, our representation would probably err on the side of a broad interpretation. We will review the facts of any case at hand versus this broad interpretation of the retainer contract, and will never withdraw from representation unless it becomes clear to a legal certainty that the client committed a material fraud or acted untruthfully in violation of the retainer agreement.

S.H. Blannelberry: To put it more candidly, would you represent a George Zimmerman? A
Michael Dunn? 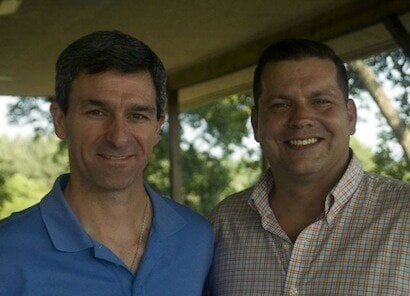 Sen. Garrett: The answer to the previous question may best address this question. Essentially, where a reasonable person would have feared imminent great bodily harm or death to himself or another, then he has the right, via case precedent in Virginia to use force, up to and including deadly force. Where the imminent factor did not exist, or where an individual acts differently than the reasonable person, the courts may rule such force was not authorized, but it would be our duty to argue the case of our particular client except where there is a material misrepresentation by the client that would void the
contract.

S.H. Blannelberry: Under what conditions would you drop a client?

Again, these conditions are addressed in the retainer agreement, and I am an attorney, so I hate to oversimplify, but essentially only for legal grounds that would constitute breech of contract on the part of
the member.

Sen. Garrett: My favorite Christmas gift ever was a Marlin Model 60 that I received when I was 12. Thirty-years later (nearly ten of which were spent in an Army uniform to include ROTC and active service), I shoot primarily military calibers. I do some practical shooting, and also particularly enjoy long range shooting. This is challenging given the topography and vegetation in Virginia, but I have the great fortune of having access to several very large tracts of land and have become pretty solid out to 1,000 meters using a Remington 700 tactical model with a Bushnell Elite 3200 series scope. I am in the process of tuning in my Savavge in .338 Lupua, so hopefully I can extend those ranges. In handguns, my carry weapon is either a Glock 26 or a Kel-Tec P3-AT depending on what I am wearing and where I am going. My full size pistol preference is the Glock 34, and I love ARs.

Big thanks to Sen. Garrett for taking the time to chat with us.

Looking it over, what are your thoughts about VSDL?  Would you be willing to pay $8.33 to keep a law firm on retainer?