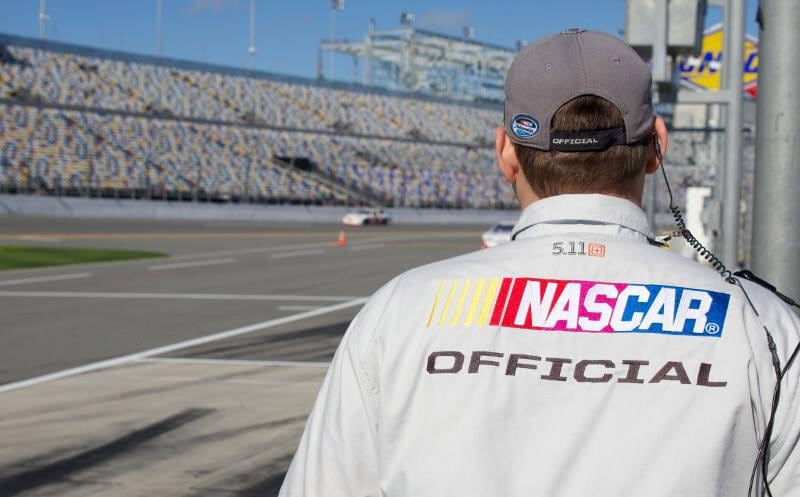 A NASCAR Official eats a snack (not pictured) while watching the race. (Photo credit: 5.11 Tactical)

5.11 Tactical and NASCAR made it official last November, but now it’s real.

The apparel line recently kicked off its entry into professional motorsports outfitting NASCAR Officials with custom-designed uniforms and gear.

“The uniform package that 5.11 Tactical introduced during Speedweeks received great praise and admiration from the hardworking men and women that officiate our sport,” said Robin Pemberton, NASCAR vice president of competition and racing development. “The new uniforms are comfortable and stylish and are made to hold up to the rigorous conditions in the garage.”

The official introduction was at the 2014 Daytona 500 where driver Dale Earnhardt Jr. won the great American race for the second time in his career. 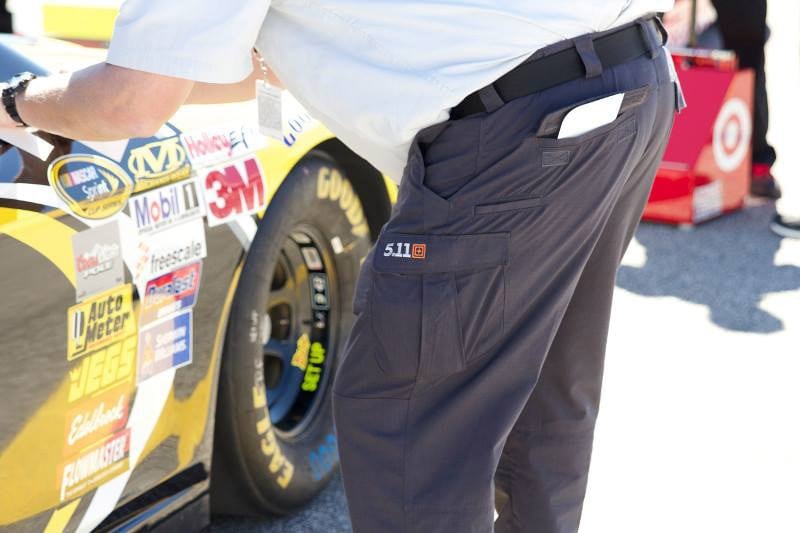 5.11, which typically caters to duty-driven industries like law enforcement, first responders, military and paramilitary, teamed became an official NASCAR partner in November 2013 and has also been expanding its line up to include more than just tacticool gear.

Most recently the brand, probably most famous for its Stryke — extremely comfortable — pants, has started to include more women’s apparel and even introduced a new (or newish) color-based line up the tactical grey series. Also, the new additions also include fitness gear catering to the cross-fit and tough mudder crowds