Dashcam footage of the deadly 2012 gun battle between Idaho police and 19-year-old Christian Nicholas Buquest was released Friday after the officers involved were declared justified in their shooting for the second time.

On Sept. 29, 2012, Buquest shot 29-year-old Frank James in the chest and then led Coeur d’Alene Police officers on a high-speed pursuit. After losing control of his vehicle Buquest got out of his car and opened fire on the officers, resulting in a firefight that ended his life, KTVB reports. 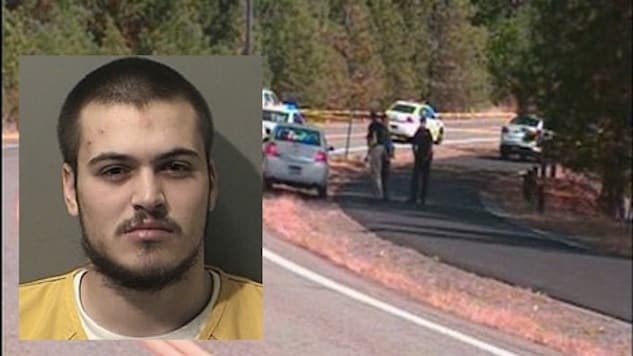 Christian Nicholas Buquest was fatally shot by Idaho police during a 2012 gun battle.

More than 70 rounds were fired, but no officers were injured. While the shooting was originally declared justified in March 2013, investigators were asked to take a second look at the video.

Forensics experts determined Buquest had in fact opened fire on the officers, and the shooting was again ruled as justified.