District Attorney Herbert Franklin calls the incident a “tragic shooting death,” as the family of the elderly man, Ronald Westbrook, is upset over the decision, the Associated Press reports.

Westbrook had apparently wandered about three miles from his home after walking around with his dog in the cold for several hours before ending up at Hendrix’s home.

Westbrook was attempting to get inside the home, ringing the doorbell, knocking and jiggling the door knob when Hendrix, who is also a military vet who served in Iraq, and his fiancé were awakened just before 4 a.m. The elderly man walked all around the outside of the house, from the front yard to the back, apparently looking for a way to get inside.

However, Hendrix was unaware that the man was lost, cold and confused, he only saw a strange man outside, trying to get into his home.

Hendrix’s fiancé called 911 while Hendrix, armed with a .40-caliber handgun, walked outside to confront the man. But Westbrook, who often struggled to put words together and was slow to speak due to the advanced Alzheimer’s, didn’t immediately answer Hendrix’s questions about who he was and what he was doing there, and as he moved closer, Hendrix, feeling threatened, fired four shots, striking Westbrook in the chest.

When police arrived five minutes later, Westbrook, who Walker County Sheriff Steve Wilson recognized, was pronounced dead. Authorities stated that both Hendrix and his fiancé were very cooperative during the investigation, and when Hendrix was told of the prowler’s age and diagnosis, he broke down emotionally. 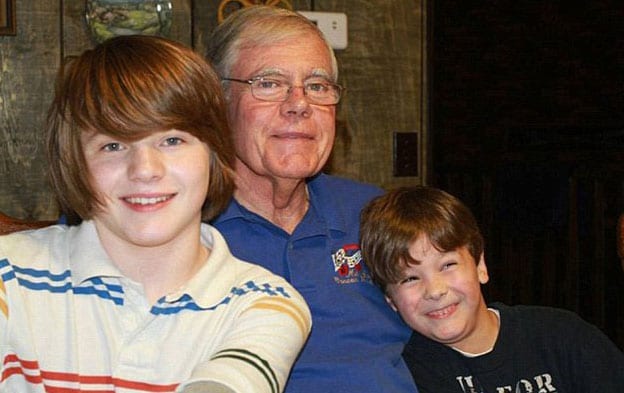 Wilson also stated that the couple’s fear was “evident” in the 911 calls, also explaining that Westbrook looked very fit physically and one would be unable to determine his diagnosis simply by looking at him.

The case once again threw the controversial ‘Stand Your Ground’ laws into the spotlight.

“In my personal opinion, I believe that he should have stayed inside the house,” Wilson said back in November. “Did he violate any laws by exiting the house? No.”

Even Westbrook’s widow, who had been married to Westbrook for more than 50 years and had reportedly done everything she could to keep him from wandering from their home, was unsure at the time whether or not charges should have been filed. She admitted that she didn’t “know what [Hendrix’s] mind-set was,” but apparently made up her mind by the time the decision was to be determined.

“I’m a little upset,” said Deanne Westbrook said of the prosecutor’s decision. Although she said she felt police and prosecutors had done a thorough job, she still said she “wanted to see it go before a grand jury, and then maybe before a jury. But they tell me there’s not enough evidence for that.”

Westbrook’s 26-year-old granddaughter, Kimberly, took to Facebook to express her feelings on what she felt was an unfair decision.

“You can get away with anything if you claim you were scared,” she said. “It’s heartbreaking. I’ve barely stopped crying since I heard the news,” apparently going on a trip to Disney World days prior to the decision in an effort to take her mind off of things.

According to Hendrix’s attorney, Lee Davis, his client appreciated the care and deliberation shown by investigators, but is far from being a free man emotionally.

“Mr. Hendrix fully acknowledges the loss to Westbrook family, and his thoughts and prayers are with them,” Davis added.

Nonetheless, criminal charges or not, “Mr. Hendrix has to live with his actions for the rest of his life,” Wilson stated.