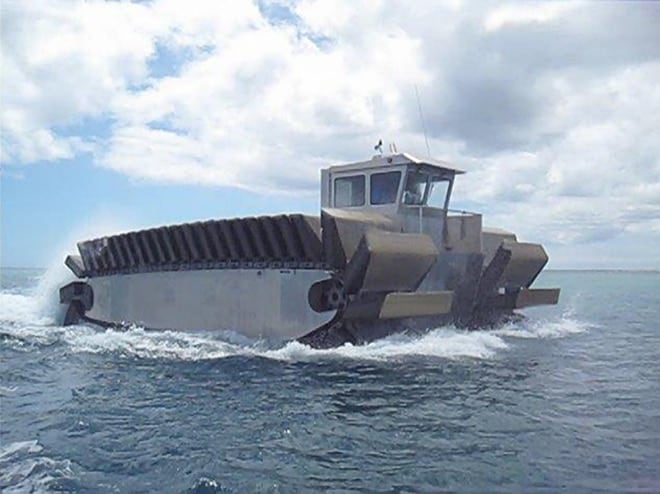 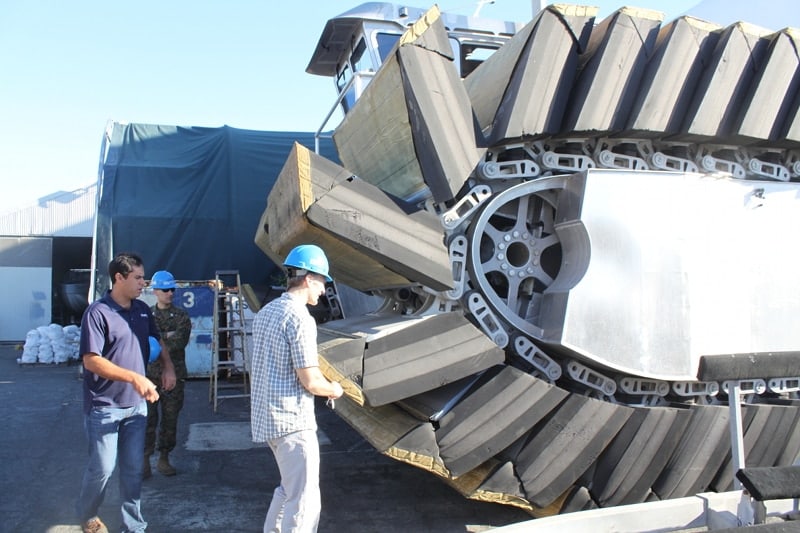 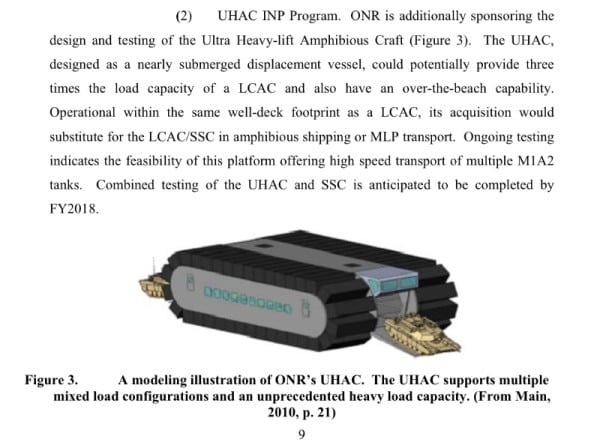 The Military Times calls it “a cross between a tank and a giant paddle boat” and that’s about as apt as you can get without comparing it to three dozen flip-flops zip-tied to a fan. Which we just did right there.

“[A] future full-scale UHAC would have up to three times the payload of the Ship-to-Shore Connector (SSC) and approximately the payload of a 1600-series Landing Craft Utility (LCU),” said a joint report with the Office of Naval Research (ONR) and the Marine Corps Warfighting Lab. “It would have the same well deck footprint as an SSC with speeds twice that of an LCU. The captive air cell technology also yields a low ground pressure footprint (less than 2 psi) giving it the ability to traverse mud flats or climb over obstacles in excess of 10 feet. With a projected range of over 200 miles, UHAC could deliver forces and sustainment from well over a horizon.”

It will not only be able to traverse a wider variety of beachheads but also be able to climb over 10-foot-tall sea walls. It may have a top speed of up to 20 knots, if it goes into real production.

Currently the Marines are testing a half-scale Ultra Heavy-lift Amphibious Connector, or UHAC, just off the coast of the Philippines; the full-size version will measure in at 34 feet tall and 84 feet long and be able to haul a payload of about 200 tons, three times that of the Marines’ current Landing Craft Air Cushion (LCAC).

“The Marine Corps Warfighting Lab is sponsoring a half-scale UHAC demonstration during their 2014 Advanced Warfighting Experiment (in conjunction with RIMPAC [Rim of the Pacific Exercise] 2014),” explained the report. “Development of a full-scale technology demonstrator is a possibility.”