Another armed Detroit resident fights back, fatally shoots man breaking into her home 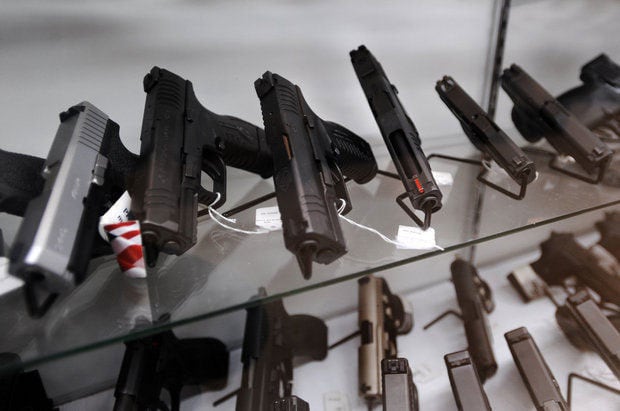 Some Detroit residents are fed up with remaining at the top of the list of the country’s most dangerous cities and are firing back at criminals. (Photo credit: The Ann Arbor News)

A Detroit woman fought back against a man attempting to break into her house Friday afternoon in the city’s fourth defensive gun use to hit headlines in just two weeks.

According to local media, it was about 3:30 in the afternoon when the 54-year-old homeowner heard a noise at her back window.

“She went to investigate and noticed a man trying to come in through the window,” said Detroit Police 3rd Deputy Chief Rodney Johnson. “She told him, ‘stop,’ but he continued trying to break in.”

At that point, the woman retrieved her handgun and opened fire on the suspect as he continued to climb through the window and struck him in the chest. The injured suspect then ran off, but collapsed in the street where he was found by officers who responded to the woman’s 911 call.

The suspect, whose name has not yet been released, was transported to a local hospital where he was pronounced dead soon thereafter.

Johnson said that although the woman was questioned by authorities, no charges are expected to be filed against her.

The incident is the fourth defensive gun use in Detroit in just two weeks, the third by a female and the third ending fatally for the suspect.

Earlier this year, Detroit Police Chief James Craig turned heads when he stated that he felt armed citizens serve as a “deterrent” against criminals and “good Americans with CPLs translates into crime reduction.”

Following an incident two weeks ago in which a mother of two opened fire on three teens breaking into her home, Johnson reiterated Craig’s assumption that criminals need to think twice before breaking into Detroit homes.

“I think it’s just a matter of the individual homeowners protecting themselves and finally catching up with the criminals and that enough is enough and they aren’t going to take it anymore,” Johnson said, following the earlier incident.

And as the crime repeats itself, so does the message.

“This seems to be sending a message to criminals: It’s not safe to break into someone’s house,” Johnson said. “These criminals need to find another vocation, because crime in Detroit no longer pays.”