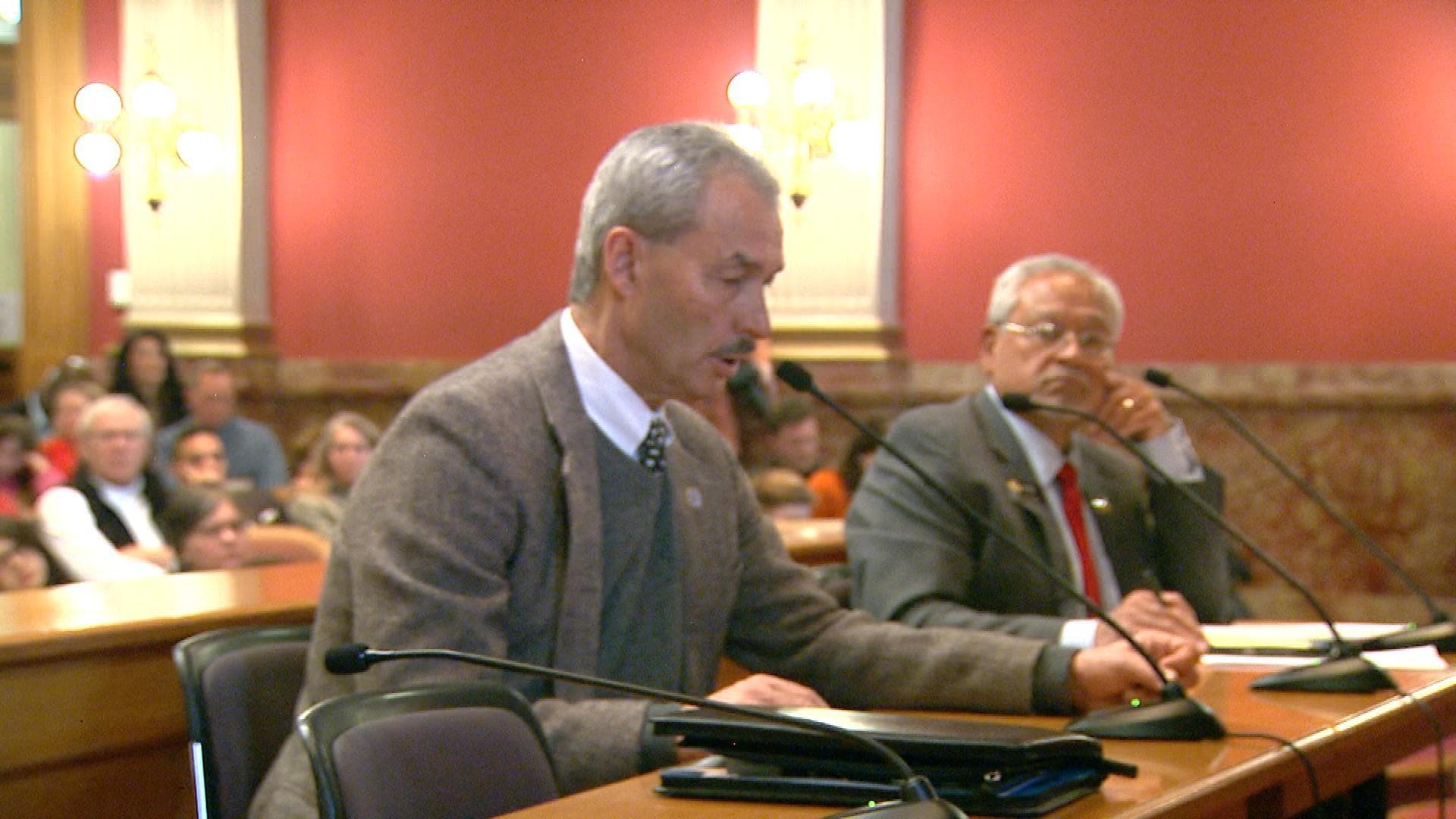 Colorado Bureau of Investigation Director Ron Sloan testified before a state senate committee that 6,200 background checks performed were due to the new enhanced law, which some argue is bending the truth. (Photo credit: CBS Denver)

In a recent debate over a bill that would have repealed the new expanded background check mandate in Colorado, state law enforcement officials cited what at least one Republican is calling inflated statistics.

In his testimony, Sloan stated that 6,198 ‘private transfers’ had been screened by the CBI under the new law and that there was a “compelling public safety interest” in not repealing the expanded background check law that was passed in the wake of the mass shooting at Sandy Hook Elementary School in Newtown, Connecticut.

Consequently, the SB 14-094 was killed in the Committee by a 3-2 vote along party lines, with Democrats voting to kill the bill and Republicans voting to send it to the next stage in the legislative process.

However, while in front of the committee, Sloan did not disclose that the figures he quoted included 2,361 background checks done at gun shows and for persons transferring guns in from out of state Internet-based sales, both of which were required by law before the post-Sandy Hook expanded background check measure was implemented.

In actuality there were only 3,838 non-gun-show private background checks performed by CBI in the last half of 2013, according to the Associated Press which obtained this information in a release after business hours last Friday.

“It’s alarming that these were presented in such a way in committee to substantiate the Democrats desire to kill this bill,” Senate Republican Leader Bill Cadman, (R-12), said in a statement to Guns.com.

“I’m extremely concerned that such misleading information would be provided as factually based testimony by the senior law enforcement professional in Colorado,” Cadmen said.

When compared to the first six months of 2013, before the expanded background check law kicked in, there were a total of 8,920 private background checks performed. This breaks down to an average of about 1,400 checks per month.

The current CBI Instacheck figures for January 2014 show that over 95 percent of the 22,867 firearms transactions for that month were FFL transactions, with just 1,163 sales classified as ‘private’ transfers. For both FFL and private transfers, the approval rate through the Instacheck program was over 98 percent.

CBI officials state that the agency “does not comment on the statistics.”