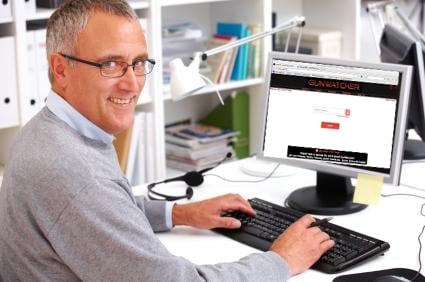 Mr. Reynolds was so excited to search all his favorite gun sellers at once.

What if there was a website that crawled gun stores, auction and classified sites for whatever gun you’re looking to buy? Not only that, it eliminates unwanted accessories, sold and expired sales so you only get what’s available in the moment, the present, now!

The website is called GunWatcher. It was built as a side project for three friends who are programmers by trade, but consider firearms their passion.

“We got tired of having to search the web for a gun, then having to step through a ton of sites comparing prices. It was just too much work,” explained Matt Carden, one of the three friends. Adding, “We wrote a custom bot similar to Googles’s crawler and set it loose to do the work for us.”

On top of that, Carden said that his group are seeing how options for buying guns online are becoming more and more limited.

For example, Facebook is currently being pressured by Moms Demand Action to prevent private sellers from using the social media site as a platform to negotiate deals.

“The process of finding something online way more difficult than it needs to be,” Carden said.

The site itself is bare bones, but it’s built for only one purpose: essentially, GunWatcher wants to maximize the limited options.

“We are a simple group of guys that want to make the process of buying guns online as simple and efficient as possible,” Carden said. 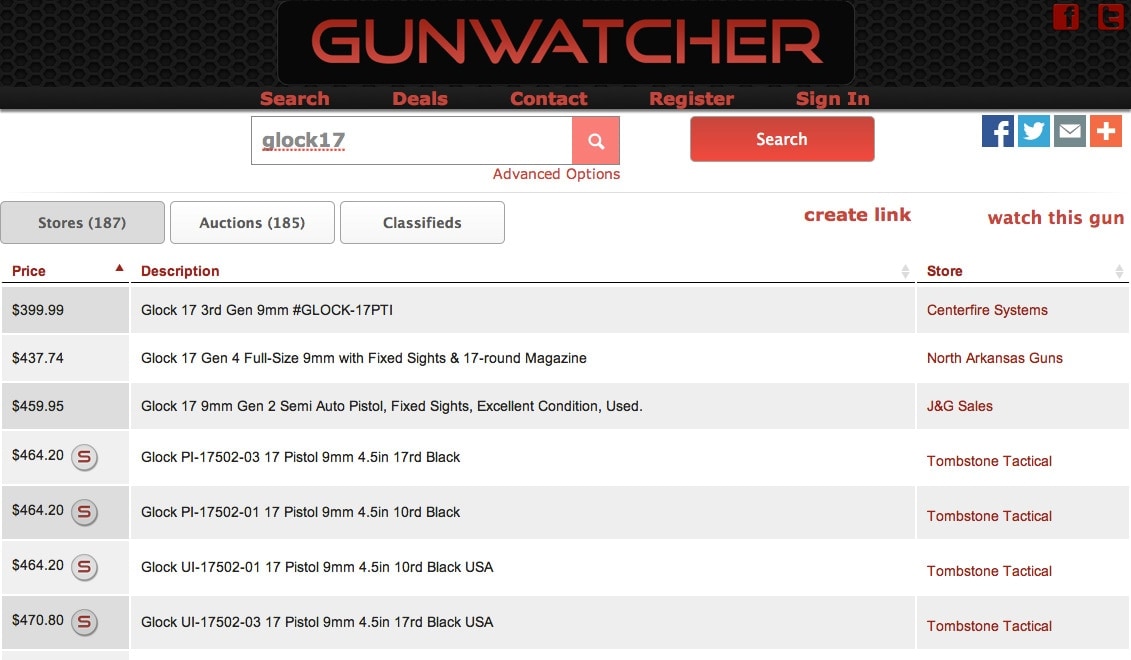 GunWatcher has a simple, easy to use layout. (Click to enlarge)

The site’s functionality is pretty cut and dry. There’s a search box, so you can type in and search for whatever gun you want. For instance, we typed in Glock 17 — an easy find on the web — as a test. The search engine found an ad posted by 187 stores, 185 auctions and something like 500 classified sites (which are ordered by state). The entires can then be sorted by price and store.

The site crawls and filters more than 90 vendors. Carden’s crew teamed up with “a database guy”, as he calls him, who built an algorithm that allows the site to scan more than a million records instantaneously. To ensure accuracy, the team released a second bot that does constant data mining.

“It tries to reverse engineer search results and checks it against “deal” algorithms so that it will find the best deals on firearms. This keeps us from relying on “user submitted” deals,” Carden said.

GunWatcher launched about 10 weeks without major funding or advertisements, and have no plans for ads in the future, which will make things tricky the bigger they get.

“As our site is growing we will definitely need to find some way for income to offset the rising cost and offer some new features we really want for our users. We will never ever pass this off on the users though,” Carden said. “It will always remain completely free for a company to be added to our search as well as for users to use the search.”