The mother of a dead Canadian soldier received a one-cent check Friday, an act which came nearly two years after her son’s death.

Cpl. Justin Stark was a 22-year-old Canadian Forces reservist who served a seven-month tour in Afghanistan. Shortly after his tour had ended, Stark killed himself in the John W. Foote VC Armories in Hamilton on Oct. 29, 2011. When Stark’s mother received the one-cent check, she set out to make sure “screw up” never happened again, Huffington Post reports. 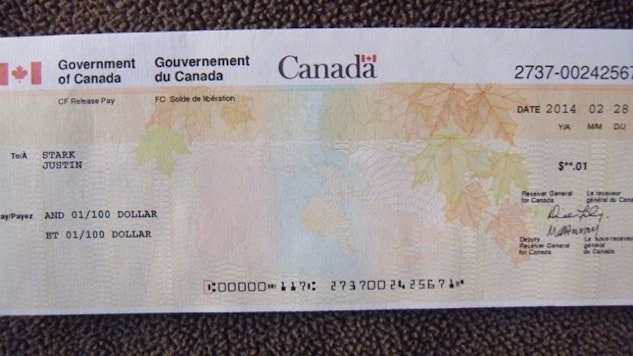 Denise Stark, along with her husband Wayne Stark, brought their concerns to Canadian Defense Minister Rob Nicholson, who personally apologized to the family and pledged to take immediate actions to make sure no further “screw ups” happened.

“This is an insensitive bureaucratic screw-up,” Nicholson said. “I’ve just learned of it now and I will take steps immediately to ensure that something like this should never happen again.”