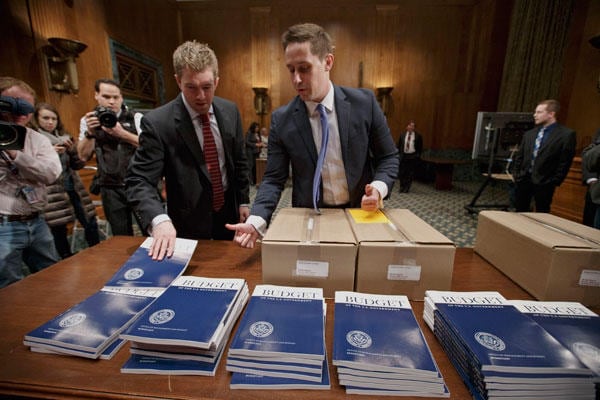 The $3.9 trillion FY2015 budget asks for increased funding for the ATF as well as the FBI’s NICS program, safety research, active shooter training and other expenditures that are being aimed at preventing gun violence.

In a statement from the White House on these requests, the President is tacking them to his 2013 “Now is the Time” program, which was introduced in the wake of the mass shooting at Sandy Hook Elementary School in Newtown, Connecticut.

With the budget, the President aims to improve background checks, inspections of Federally-licensed firearms dealers, tracing and ballistics analysis, and to ramp up programs to identify the dangerously mentally ill. It will also offer funds for training state and local law enforcement to prevent and respond to active shooters, and other measures to enhance school security.

This improvements are salted across the entire budget, with several departments and agencies seeing a boost even as spending is being curtailed across government.

The Department of Homeland Security budget (pdf), which is overall seeing a decease from 2014 figures, will get $10 million to provide active shooter training to local law enforcement agencies as well as to increase its “If You See Something, Say Something” program.

The Justice Department budget (pdf), whose overall budget is basically flat from current figures, would get $13 million for the FBI to fund improve its NICS background check system for potential gun buyers as well as more money for active shooter training. The President revamped NICS in 2013 through a series of executive actions.

The ATF would receive an additional $22 million to provide, “continued focus on inspections of federally-licensed firearms dealers, improve tracing and ballistics analysis, and keep guns out of the hands of dangerous criminals and other prohibited persons.”

This strikes some in the firearms industry as ill-placed.

“Considering the overwhelmingly high regulatory compliance rate and that less than 1 percent of licensees who have their license revoked, from an industry point of view we would prefer to see the additional $22 million directed toward providing better, more timely customer service to industry members,” said Larry G. Keane, National Shooting Sports Foundation senior vice president and general counsel, in a statement to Guns.com about the budget.

Keane continued, “The mounting delays and backlogs in processing legally required forms to operate your business prevents members of our industry from growing their business and creating good paying jobs private sector jobs. ”

Under the President’s proposed budget, the DOJ would get $75 million for the Comprehensive School Safety Program, $55 million in grants to improve the submission of State criminal and mental health records to the FBI’s NICS system, and $15 million to improve police officer safety.

One final request to DOJ’s budget would be $2 million to “develop better gun safety mechanisms to prevent the use of firearms by unauthorized users.” This could be seen as a push from the White House to join in the call from some Senate Democrats to implement currently immature smart gun technology.

This technology has repeatedly been questioned by gun industry groups such as the NSSF.

He elaborated, “We do question, however, whether even this relatively small proposed expense that is hardly sufficient to fund the research necessary to overcome all the technical challenges to fielding a safe and reliable product, is an appropriate use of the taxpayer’s money given the many challenges facing our economy.”

Others also took exception to the funding request on gun safety mechanisms.

“The NRA is committed to reducing gun violence by keeping guns out of the hands of criminals and others who would do us harm,” NRA Spokesperson Catherine Mortensen told Guns.com.

“That goal is best reached by enforcement of current laws, as opposed to spending taxpayer dollars to promote a $2 million Solyndra-type scheme to get firearms manufacturers to build so-called smart-guns, technology that isn’t reliable,” said Mortensen.

The President, who rarely mentioned gun control during his 2012 reelection run, has continued to push for increased government oversight in 2013 and in his 2014 State of the Union Address, vowed to reduce gun violence “with or without Congress.”

However, the proposed budget still very much needs the support of Congress to pass in its current form.

“After years of fiscal and economic mismanagement, the President has offered perhaps his most irresponsible budget yet,” Republican House Speaker John Boehner said in a statement Tuesday. “Spending too much, borrowing too much, and taxing too much, it would hurt our economy and cost jobs.”

Capitol Hill defeated gun control measures in 2013 and, other than from a minority of diehard members has shown little taste for the debate this session.