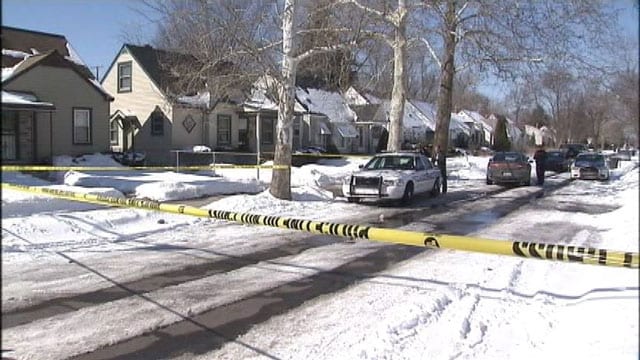 The cold weather certainly isn’t keeping Detroit’s criminals off the streets, but some are learning the hard way that the job just no longer pays. (Photo credit: Fox)

A Detroit homeowner opened fire on two would-be burglars attempting to break into his house Thursday afternoon, making the fifth reported time in just two weeks that armed residents have fought back in the city where “crime no longer pays.”

According to a local Fox affiliate, most of the neighborhood residents weren’t home at about 12:30 when the incident occurred and it’s likely that the suspects thought the targeted home was unoccupied.

However, when the homeowner, who has remained anonymous, heard glass shatter, he walked to the back of his house to discover two intruders climbing in through a broken window.

The homeowner then grabbed his handgun and shot at the suspects, striking one in the chest.

The injured intruder, whose name has not been released but was later discovered to be just 17-years-old, ran a short distance before collapsing in the driveway. He was pronounced dead by the time officers arrived.

The second suspect, believed to be in his 20s, was able to flee unharmed, but police continue their search for him.

“The area’s going down tremendously. It’s kind of sad that it has to be like this,” said neighbor Chester Collins who has lived in the area for 25 years. “Young kids nowadays have no morals or values like they used to. They’re just ruthless.”

This isn’t the only recent incident which involved teens either. A little over two weeks ago, a mother of two opened fire on three boys, one armed with a gun, who broke into her home after kicking in the back door. It was the second time the home had been targeted for a break-in in as many weeks. The trio was lucky to make it out alive and once arrested, authorities discovered that two were just 14-years-old and the third was 15-years-old.

Yet regardless of their seemingly tender ages, Detroit Police Dep. Chief Rodney Johnson reiterated once again that these criminals need to think twice before they act.

“It’s a message to the criminals – stop coming in to people’s homes unannounced and uninvited. Crime no longer pays in the city of Detroit,” he said following Thursday’s incident.

No charges are expected to be filed against the homeowner. “As a homeowner, he has a right to protect himself inside his home,” Johnson stated.

“It’s just sad that it has to be like this,” Collins added. “I was hoping that it would start to improve, but you just never know.”