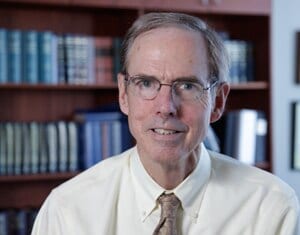 U.S. District Judge Ronald Whyte wrote in his denial of a lawsuit against Sunnyvale’s 10-round magazine law that, “it is rare that anyone will need to fire more than 10 rounds in self-defense.” (Photo credit: The Recorder)

The motion for an injunction to prevent the controversial Sunnyvale, California, ordinance known as Measure C from rolling out was denied in federal court Wednesday.

The suit challenged a voter-approved local law, passed in 2013, that would ban all detachable magazines capable of holding more than 10 rounds, even those carried by off duty police officers, from the city.

Whyte, a 1992 Bush appointee, also found that, “it is rare that anyone will need to fire more than 10 rounds in self-defense,” citing statistics that only 2 to 3 shots are fired in many self-protection cases.

Sunnyvale spokeswoman Jennifer Garnett said the ruling “is consistent with what a majority of our citizens clearly said they wanted when they passed the gun safety ordinance.”

This follows on the heels of federal court last month denying a similar suit in San Francisco that outlaws even so-called ‘pre-ban’ magazines from the city.

Sunnyvale’s gun control initiative, billed as Measure C, was passed on a ballot last November by 66 percent of local voters. It requires residents to inform police within 48 hours of a gun theft taking place, regulate storage of guns, record all ammunition sales for two years, and prohibits all detachable magazines that hold more than 10 rounds.

Following the passage of the law, two lawsuits were filed, one backed by the National Shooting Sports Foundation, the other by the National Rifle Association, to combat Measure C in federal court, both arguing that the new ordinance violated the Second Amendment.

A local gun store, U.S. Firearms, supported by the NSSF, sued the city over the storage, theft reporting, and ammunition sales record-keeping requirements.

This was followed by six local gun owners, who, backed by the NRA, filed a separate suit over the magazine cap. It was this suit, Fyock vs. City of Sunnyvale, that Whyte shot down on Wednesday.

The Fyock suit was supported in court by such expert witnesses as Massad Ayoob and noted criminologist Dr. Gary Kleck who testified that use of magazines holding more than 10 rounds were rare in mass shootings, while extremely beneficial in cases of self-defense. They further stated that 47 percent of all magazines owned are capable of holding more than 10 rounds, meaning that Measure C would ban nearly half of all magazines arbitrarily.

Although Measure C was set to take effect in 2013, it has been held up due to the lawsuits against it.

A decision is expected in the U.S. Firearms suit, which was heard by the same court, on Feb. 21.

However, the battle against the Sunnyvale ordinance is not over.

Michel filed a notice of appeal in the 9th Circuit on the magazine issue and requested both an emergency stay and expedited review.

This request for stay from the Ninth was denied late Thursday in a brief from Circuit Judges William Fletcher, Milan Smith and Morgen Christen.

“We are filing an Emergency Application for Temporary Stay with a Supreme Court Justice (Kennedy) tomorrow,” a spokesman for Michel advised Guns.com.

It appears the battle is just getting started.