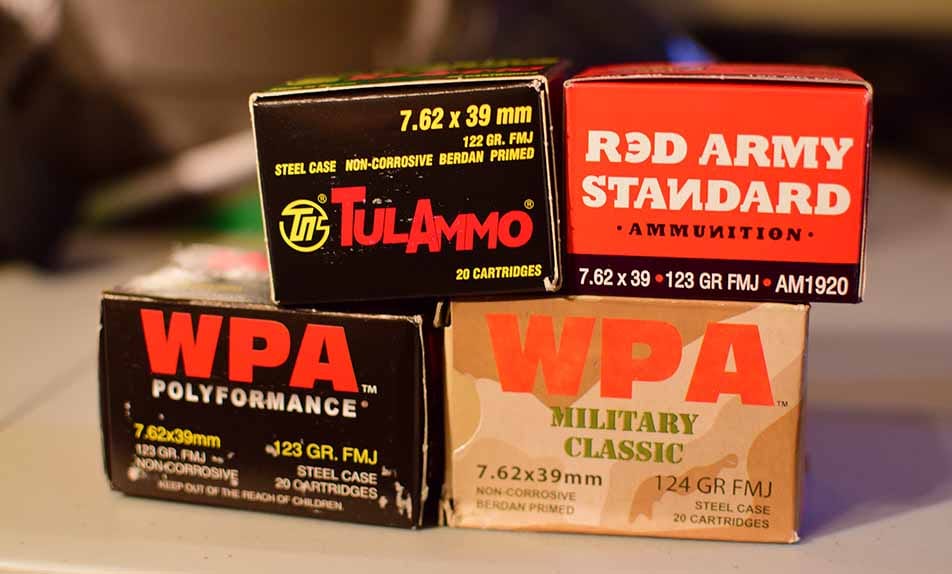 The last thing we need is another ammo scare, don’t believe the hype (Photo by: Jim Grant)

Recently, several gun bloggers and websites have reported on either a looming ban on Russian ammo or that Russia has decided to stop importing ammunition to the U.S., but several vendors, including Wolf Ammunition, are contradicting the rumors, saying the rumors are unsubstantiated, according to reports.

I know at least a few of you out there are thinking: I might as well load up, why risk it?

You are welcome to buy all the ammo you can afford. I’m sure Wolf, Tula and Red Army will be happy to oblige. However, assuming the ammunition people are talking about is 7.62×39, the standard round for AKs and SKSs, there is no reason to panic. Even if Obama signs an executive order banning all Russian ammunition, the supply of 7.62 would be unaffected for the most part. Red Army Standard and Hot Shot have factories, not just in the Ukraine, but in Romania as well.

If you are troubled about an increase in price, don’t be. Yes, if Ukraine and Russian imports are banned the price of Red Army and Hot Shot will rise until supply can reach demand. That is the nature of supply and demand and eventually those numbers will even out and return to normal. On the other hand, I can promise you, if everyone goes out to buy 10 cases of ammo, the following week steel-cased 7.62 will be the same price as Hornady hunting ammo.

Those of you concerned with 5.45 may actually have something to be worried about, but only if you shoot surplus like 7n6. What is currently stateside is probably all we’ll see, but the commercial price of 5.45 is right in line with commercial 7.62×39. It’s not quite as cheap, but still very affordable.

Lastly, 7.62x54r ammo comes from Bulgaria and Romania, so I wouldn’t worry too much. The uncorroborated rumor concerns Russia, which is miles away.

What I am trying to say is, buy what you need, but don’t go overboard. No one knows what’s going on yet and for the majority of consumers, having Russian imports gridlocked will be inconvenient but not devastating.