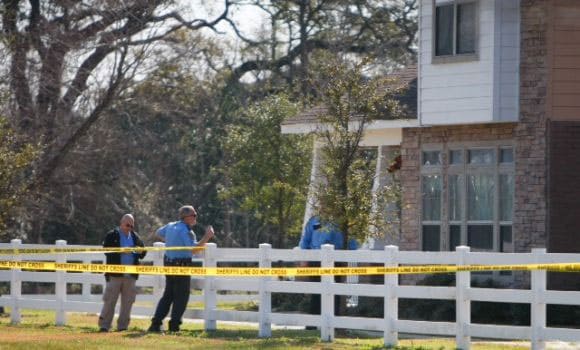 Apparently the trio didn’t realize that their intended target was the home of a Houston police officer. (Photo credit: The Houston Chronicle)

An off-duty officer shot and killed one of three intruders who broke into his Houston town home Thursday morning.

Deputy Thomas Gilliland, a spokesman for the Harris County Sheriff’s Office, told the Houston Chronicle that it was about 9:30 a.m. when the officer, whose name has not been released, was awakened to the sound of breaking glass.

The officer grabbed his service weapon and walked downstairs where he found and confronted three intruders, one of which was armed. The trio had broken a window to get into his home and were apparently planning a burglary.

During the confrontation, the officer fired two shots at the suspects, who then all fled from the home. But the officer, wearing only his boxer shorts, chased after them.

After running a short distance, the armed suspect then turned toward the officer and pointed his gun at him. At that point, the officer, fearing for his own safety, opened fire once again, striking one of the suspects.

Altogether, the officer, who was not injured during the ordeal, fired a total of six or seven shots.

All of the suspects, including the one which had been shot, kept running from the officer. However, the injured suspect wasn’t able to get away from the officer, who caught him as he was attempting to climb over a fence. 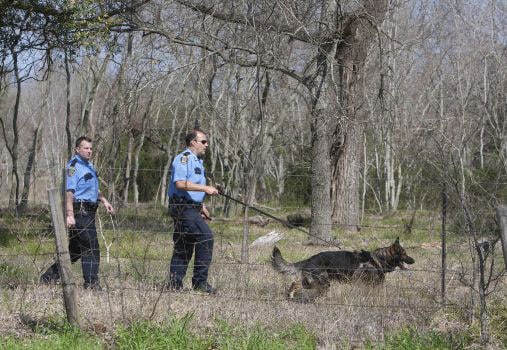 Yet even after being shot and caught, the suspect continued to fight with the officer before finally being subdued.

Once the responding officers arrived, the suspect, whose name has not been released, was taken to a local hospital where he later died.

It’s unclear whether the other two suspects were injured during the ordeal, but they were able to escape into a nearby wooded area.

Authorities searched the area using K-9 units and a helicopter, but the remaining suspects were not found.