Calm yourself, you must; powerful, a handgun is 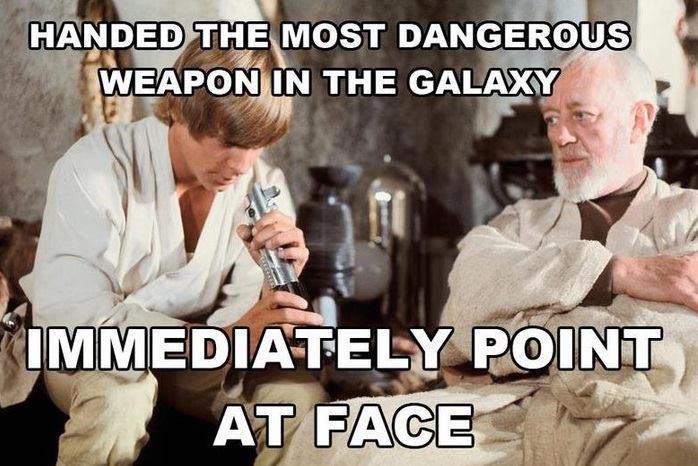 In an earlier article I narrated how I obtained my CCW permit at the tender age of 21, the eligible age prescribed by law in Massachusetts. However, I had not yet made the mental decision that I would do what is required to keep both my family and me safe. As I began to carry my 1911 with me everywhere, I began to feel more and more like a Jedi. Am I advocating that any joe schmoe walk out into the street feeling like an invincible space samurai looking for trouble? Absolutely not.

When I was a young Padawan unaccustomed to carrying steel, I felt like everyone knew my “dark secret”. Every glancing eye could see right through my leather coat, silently reading “Colt Series 70” with horror as they speed dialed the cops to whisk me away for having a handgun. Before leaving my house, I would gawk at myself in a full-length mirror desperately trying to determine what angles I could bend at without revealing my pony-clad protection.

I read everything about CCW I could. I memorized the self-defense laws of where I lived and would mentally run through worst case scenarios whenever I traveled. I would determine where the best cover was and who to engage in what order if the whole place erupted into an old-west gunfight. It sounds ridiculous now, but at the time I felt like Atlas with the world resting on my shoulders.

I acquired as much training as possible and carried everywhere I legally could. Over time, I became more comfortable as I learned different techniques for assessing potential threats. My motions through life became more deliberate, my mind more focused. When I got a craving for beef jerky at two in the morning in downtown Boston, I didn’t wander through the bad parts to get it. I weighed out the pros and cons and would stay in until a reasonable hour, then buy a stockpile for when I was hungry next time. 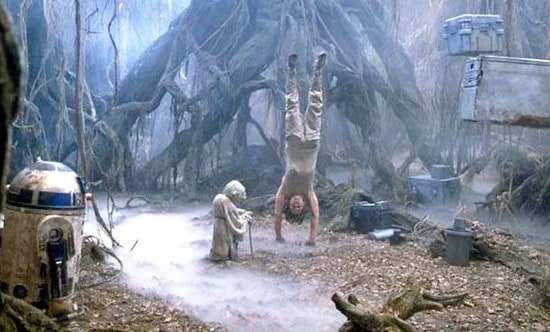 Handstands: one of the many requirements to get a ccw in Massachusetts.

How is this make me a modern-day Jedi? In the “Star Wars” films, only other Jedi and Sith (bad jedi) could tell who was and wasn’t armed with The Force. To everyone around me I am just a regular guy minding my own business, but like a Jedi I wield incredible power with equally incredible responsibility. All people who carry a gun — good or bad — are burdened with this great power. The truly psychotic and evil individuals wield it with no second thought. To them it’s a simple tool, like a hammer. To them, the word is full of nails, some more difficult than others to pound into place, but all nails just the same. One of the greatest weaknesses — though a 100 percent necessary one — of lawful gun owners is the hesitation to use lethal force. Just as Jedi don’t force choke the bank teller when he gives them incorrect change, CCW holders must wield their power responsibly.

Here is a great example from the first real movie, “A New Hope”. Obi-Wan and Luke are looking for a smuggler to get them off the planet. They’re in a local bar and two belligerents are trying to goad them into a fight. Obi-Wan, an experienced wielder of The Force, does everything he can to de-escalate the confrontation, suggesting “…this one isn’t worth it” and offers to buy the alien a drink. Only when the criminal draws a weapon, does Obi-Wan reveal his hand and wield his incredible power over life and death.

Sound strangely familiar? It should, it’s the textbook example of legal application of lethal force. Avoid conflict, check your ego and don’t use your weapon until you have no other option. If more CCW owners practiced this, we’d have more Yoda’s and less angsty Hayden Christensen jokers.

When you carry a gun in public you need to think like a reluctant hero. Do everything you can to avoid conflict. Don’t argue with people you know are idiots and don’t take stuff personally. A fistfight can go South if the hothead who just decked you sees your revolver fly out of your holster and slide across the floor. Stupid people often make stupid decisions. The aggressor may, in a moment of impassioned rage, reason to himself that you had a gun to kill him, so now he’ll get you first. 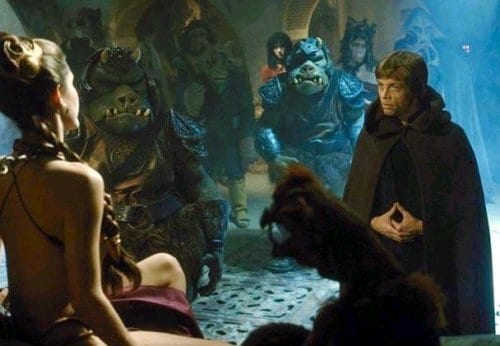 In addition to familiarizing yourself with local self defense laws, make sure that you are psychologically prepared as well. Think about Luke training with Yoda. He wasn’t just learning how to to levitate airplanes with The Force (although admitted, really cool) he was honing his mind, quieting his doubts and weighing out what it meant to face down his demons. Like a Jedi in meditation, concealed carriers should contemplate all the ramifications of wielding lethal force.

Sure the metaphor is a little eccentric, but it directly applies. Gun owners wield incredible power that shouldn’t be used willy-nilly. Protect yourself and the ones you care about, but remember you are held to a higher standard than your fellow man.