Father of Sandy Hook school shooter: 'Adam would have killed me in a heartbeat,' (VIDEO) 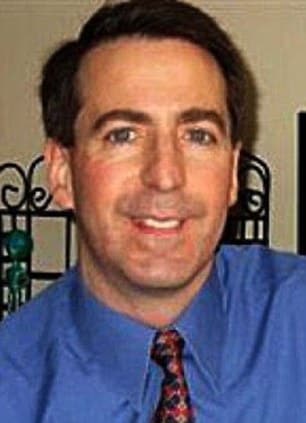 Peter Lanza, who works as an accountant for a General Electric subsidiary.

The father of Sandy Hook Elementary School gunman Adam Lanza spoke out for the first time in an interview with The New Yorker magazine about the December 2012 shooting in Newtown, Connecticut, that left 28 people dead, including Adam, his mother, Nancy, 20 school children and six school staffers.

Peter Lanza, who appears to still be deeply distraught over the incident, confesses to New Yorker contributor Andrew Solomon that he’s telling his story because “I want people to be afraid of the fact that this could happen to them.”

In other words, Peter Lanza believes his experience is a cautionary one that should remind folks that evil does exist in the world and is, perhaps, closer than one can imagine.

“You can’t get any more evil,” said Peter in describing the troubled 20 year old. “How much do I beat up on myself about the fact that he’s my son? A lot.”

Peter also believes that his son would have just as easily have shot him to death, in addition to his ex-wife.

“With hindsight, I know Adam would have killed me in a heartbeat, if he’d had the chance,” Lanza said.

“I don’t question that for a minute. The reason he shot Nancy four times was one for each of us: one for Nancy; one for him; one for [his brother] Ryan; one for me.”

In reading the NYer article, one gets a sense that Peter and Nancy did a lot to help their son, whose condition — what amounted to a lethal combination of a Asperger Syndrome, psychosis and other mental derangements — worsened over time.

“The social awkwardness, the uncomfortable anxiety, unable to sleep, stress, unable to concentrate, having a hard time learning, the awkward walk, reduced eye contact,” observed Peter. “You could see the changes occurring.”

However, despite the fact that he Adam became more estranged, more bazaar, more crazed no one saw this coming, not even the numerous behavioral experts and psychologists his parents reached out to during his adolescent and teen years.

“Those mental health professionals who saw him did not see anything that would have predicted his future behavior.” Peter said, according to a report conducted by the state attorney general. “Here we are near New York, one of the best locations for mental-health care, and nobody saw this.”

Knowing that he can’t change the past or undo the horrendous things his son did, Peter now seeks to console those families who Adam irreparably harmed.

“It’s gut-wrenching,” he explained. “A victim’s family member told me that they forgave Adam after we spent three hours talking. I didn’t even know how to respond. A person that lost their son, their only son.”

“I need to get some good from this,” he continued. “And there’s no place else to find any good. If I could generate something to help them, it doesn’t replace, it doesn’t— But I would trade places with them in a heartbeat if that could help.”

There are no trading places. It’s impossible to change the past.  Yet, hopefully, we can learn from Sandy Hook.  We can learn to be better prepared to face and confront evil when it rears its ugly head.