Italian museum criticizes ArmaLite for upgrading the Statue of David 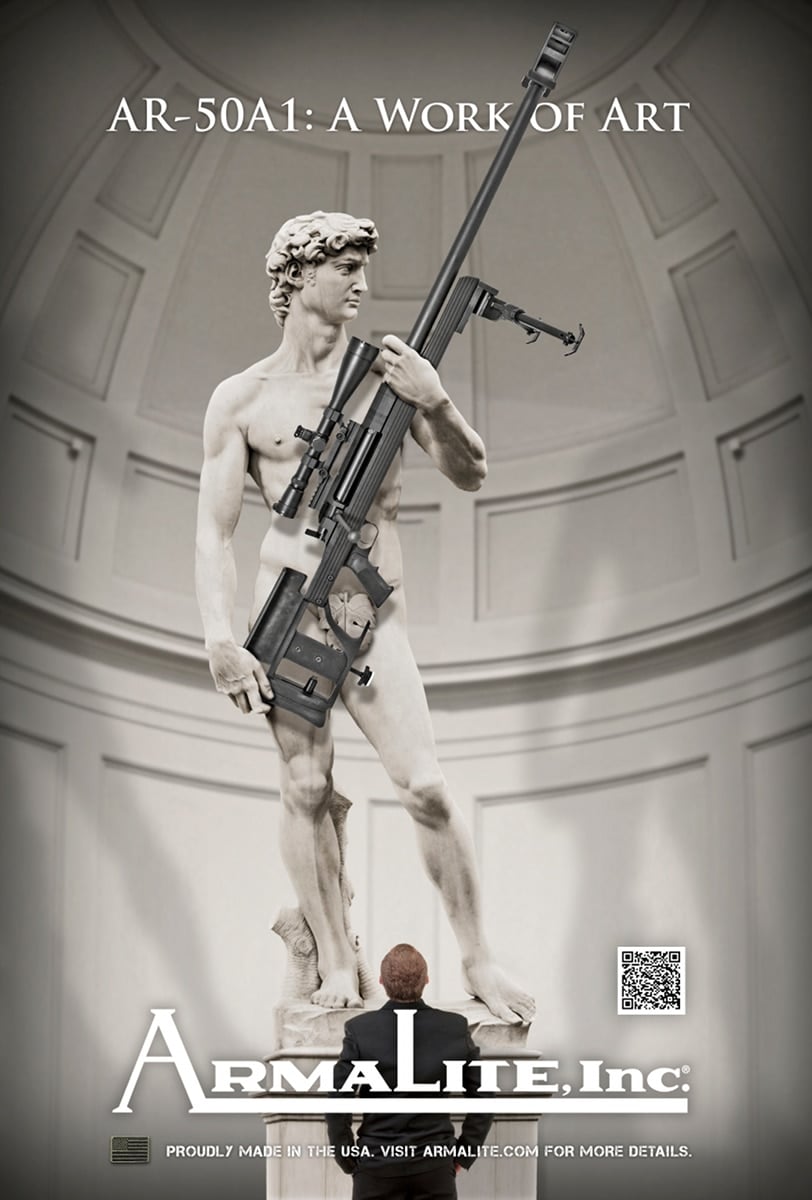 The Accademia Gallery, home to the timeless Renaissance sculpture of the Statue of David by Michelangelo, is calling out ArmaLite over their “Work of Art” ad campaign, which depicted David holding an AR-50A1 rifle.

The statue, possibly the most-recognized statue in the world, is of the Bible’s David. ArmaLite replaced David’s sling with their rifle in a photo of the statue on display, adding a fig leaf in the traditional fig leaf location.

The ad, now more than a year old, was pulled from ArmaLite’s Twitter feed where it was originally posted, as well as from their website’s media archive.

ArmaLite halted the campaign in July of 2013, well before word got to Florence, when the company was sold to the Strategic Armory Corps.

ArmaLite pulled both ads last year, the modified David along with another of the rifle hung in a gallery between iconic paintings “American Gothic,” by Grant Wood and Leonardo da Vinci’s “the Mona Lisa.”

Mark Johnson, ArmaLite’s new owner, said “I believe that an advertisement utilizing an altered photograph of a masterpiece such as David is in poor taste. We deeply regret that ArmaLite offended anyone by this media campaign, which we ended upon our acquisition of the Company” in an official statement.

The statement affirmed that the company “deeply regrets offending anyone and certainly had no intention of doing so.” Still, the cancelled ad campaign manages to make waves to this day, having finally reached Italian shores.

The Accademia Gallery stated that the ad was disrespectful to Italy’s dignity and culture, in a statement to L’Espresso. The academy’s director, Angel Tartuferi said “The law says that the aesthetic value of the work can not be altered. In this case we are faced with an act, as well as in bad taste, totally illegal.”

Dario Franceschini, an Italian politician and attorney, agreed in a tweet. “The advertising image of David armed offends and violates the law. We will act against the American company that needs to immediately withdraw the campaign.”

Italian law requires that the likeness of the work be licensed by the government for commercial use and that the content must be pre-approved by the museum director and the Florence museum superintendent. Whether that law has any bearing on the American company is doubtful. U.S. law protects the use of copyright material for advertising, if the ads are substantially transformative.

Sergio Givone, Florence’s counselor of culture, described the campaign as “an act of violence, worse than taking a hammer to the work.” 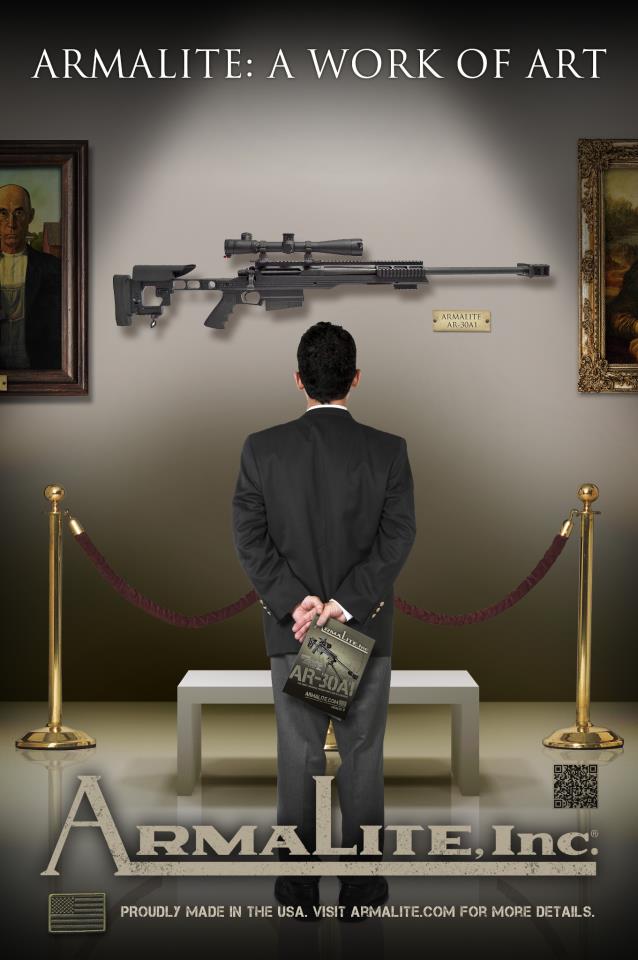 Givone was referring to the 1991 assault of the statue, when a man, reportedly deranged, attacked the base of the statue breaking off a toe in the process. In a twist of fate, this allowed Italian scientists to test the marble for the first time.

The tests showed that the marble was permeated with microscopic holes, which would cause the statue to deteriorate quickly over time. Later, with a better understanding of the statue’s composition, the academy was able to fully-restore the statue.

Additionally, Givone is demanding a billion — yes, billion with a “b” — dollars in damages be levied against ArmaLite.

“It would be right to claim compensation of the American company,” said Givone. “Maybe even an astronomical figure, a billion dollars, to be used, why not, to restore Pompeii, or to fund all the necessary maintenance in Italian museums.”

For those of you not offended by ArmaLite and their precision bolt-action rifles, check out their website to see the rest of their product line.

Editor’s note: this is not an early April Fool’s joke. You are not reading the Onion.