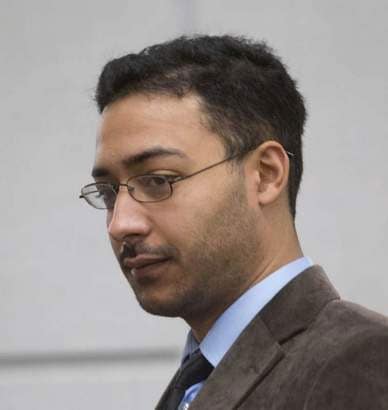 A circuit judge ruled on Friday that 24-year-old Keenan Finkelstein, who is accused of shooting a Escambia County Sheriff’s deputy last March, cannot use the state’s controversial ‘Stand Your Ground Law’ as a defense.

On the night of March 20, 2013, authorities were actively searching for Jonathan Chappell in connection to a robbery that occurred earlier that day and resulted in a handgun and marijuana being stolen from a nearby residence.

Finkelstein had been drinking and smoking pot with Chappell just minutes before Sgt. Shedrick Johnson showed up at Finkelstein’s home looking for Chappell.

During a confrontation outside of his home, Finkelstein, who has a concealed weapons permit, shot Johnson in the leg, a move which Finkelstein claims was self-defense.

“He did a ducking motion, I saw his hands go into his waist band, I heard a pop and I felt my leg go numb,” Johnson recalled in court Thursday.

According to the state’s statute, Stand Your Ground allows a person to justifiably use force, even deadly force, if the fear of death or great bodily harm is present. In such a case, the person is legally allowed to “stand their ground” and has no duty to retreat.

In other words, the use of force can be used without having to first try to avoid the potentially dangerous situation.

The Stand Your Ground Law, which is a legal defense in 23 states, has recently come under tremendous scrutiny following the fatal shooting of Trayvon Martin, with some saying that the law has simply legalized murder.

Brandon Moros, Finkelstein’s attorney, argued that his client’s actions were justified under Stand Your Ground. Finkelstein claims that he was unaware Johnson was law enforcement when he emerged from the shadows in his yard and that he fired in self-defense after seeing the deputy with his duty weapon drawn and trained on Finkelstein.

He also blames the dark of the night, the camouflaging green of the deputy’s uniform and the blinding beam from the deputy’s flashlight for him not being able to adequately identify the man as a law enforcement officer. 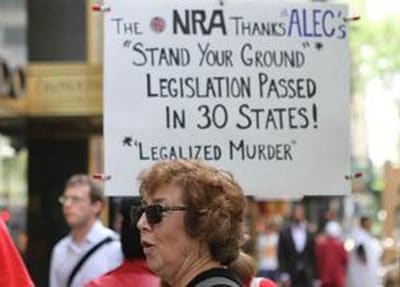 Stand Your Ground: One hot topic, but not an acceptable defense for Keenan Finkelstein. (Photo credit: Digital Journal)

However, Johnson claims that he clearly identified himself as a deputy outside of the house which was surrounded by other members of law enforcement.

The judge sided with the prosecution, pointing to the fact that Finkelstein admitted that he was aware Chappell was being sought by authorities for his alleged involvement in the robbery which occurred earlier that day, and that the statute states that it does not apply if the person “knew or reasonably should have known that the person was a law enforcement officer.”

Finkelstein’s trial will tentatively begin either April 7 or April 14.