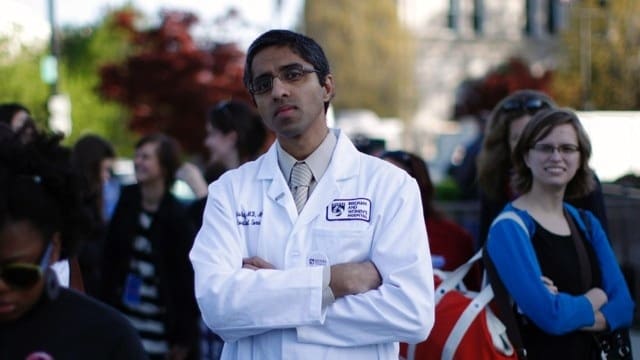 Dr. Vivek Hallegere Murthy, the current nomination for the position of Surgeon General, is not sitting well with Second Amendment advocates due his to pro-gun control messages.

President Obama nominated Murthy last November to become the 19th Surgeon General of the United States. The British-born 38 year old, if confirmed, would be the youngest Surgeon General on record. Although a graduate from Yale School of Medicine with an MD in 2003, it is not his medical degree that is under fire, but his political commentary.

Murthy is the president and founder of “Doctors for America.” The group, currently comprised of 15,000 medical workers and students was founded in 2008 by Murthy under the name of “Doctors for Obama.”

This organization has long pushed increased gun regulation as a matter of public health, such as in their Docs vs. Glocks campaign. The group refers to guns as “the worst public health crisis you’ve never heard of” and actively petition the public and politicians for support in their fight on gun violence.

To further confirm his own personal feelings, Murthy has taken to the Twitter verse to make his views on gun control very clear, tweeting such comments as “Tired of politicians playing politics w/ guns, putting lives at risk b/c they’re scared of NRA. Guns are a health care issue,” and “Signs of progress-we got 20 votes in the senate in favor of gun violence legislation that we wouldn’t have had 1 year ago. Have faith.” 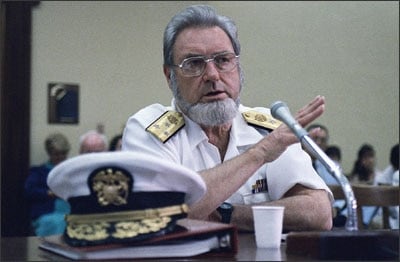 While the position of Surgeon General cannot make public health policy, as “The Nation’s Doctor,” they are well respected and trusted, such as former Surgeon General C. Evert Coop, seen here testifying in uniform in front of Congress.

In 2011, Murthy was appointed by the president to the U.S. Presidential Advisory Council on Prevention, Health Promotion, and Integrative and Public Health inside the Department of Health and Human Services, where he has been a prominent supporter of the administration’s health care laws.

Following the Newtown shooting in 2012, Murthy penned a letter to Congress proposing, “Mandatory waiting period of at least 48 hours” for ammunition sales as well as “mandatory firearms safety training.” At the same time, Doctors for America publicly supported the Assault Weapons Ban of 2013.

Commonly known as, “The Nation’s Doctor,” the office of Surgeon General is the head of the U.S. Public Health Service Commissioned Corps (PHSCC), one of the seven uniformed services of the United States military, and by law holds the rank of vice admiral.

While not able to make public health policy, the Surgeon General is a position that is able to garner huge public attention as witnessed by the late Dr. C. Everett Koop and his stand on tobacco products.

Although Murthy proclaimed, “I do not intend to use my office as surgeon general as a bully pulpit on gun control,” during his recent Senate confirmation hearing, some in the gun industry are not taking that chance.

The group, the trade origination for the firearms industry, wrote a letter to leaders of the Senate Health, Education, Labor and Pensions Committee urging ‘no’ votes on Murthy’s confirmation.

The National Rifle Association is also fighting the nomination. NRA Executive Director Chris Cox wrote a letter to Congress on behalf of that organization’s 5 million members  in which he wrote the following:

The American people deserve a Surgeon General who will carry out the mission of the office unmotivated by political or ideological goals. Given Dr. Murthy’s lengthy history of hostility towards the right to keep and bear arms, along with his calls for the full weight of the federal  government’s health apparatus to be used to target lawful gun ownership, there is little reason to believe that he would not work to further a gun control agenda if confirmed as Surgeon General. Simply put, confirmation of Dr. Murthy is a prescription for disaster for America’s gun owners. 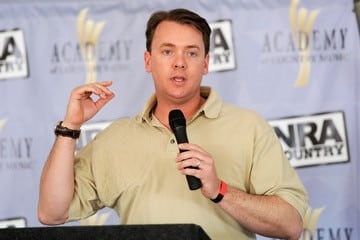 The NSSF and NRA oppose Murthy’s nomination. The NRA’s Chris Cox said, “The American people deserve a Surgeon General who will carry out the mission of the office unmotivated by political or ideological goals.”

Both the NRA and NSSF plan to score the vote on the surgeon general, meaning that it counts toward a member’s rating in campaigns.

Others have called into question Murthy’s overall experience, citing that he has been out of residency for just eight years, and most of that has been spent in political action.

Former Surgeon General Richard Carmona penned a letter of protest to the president in December stating that he appeared to have “no significant related leadership experience and no formal public health training or experience.”

The Senate Health, Education, Labor and Pensions Committee voted 13-9 last month to send Murthy’s nomination to the Senate floor. With recent changes by Senate Majority Leader Harry Reid so that only 51 votes are required for nominees and the Senate currently having a 57-46 Democrat majority, Murthy’s nomination is seen as certain to pass that chamber.