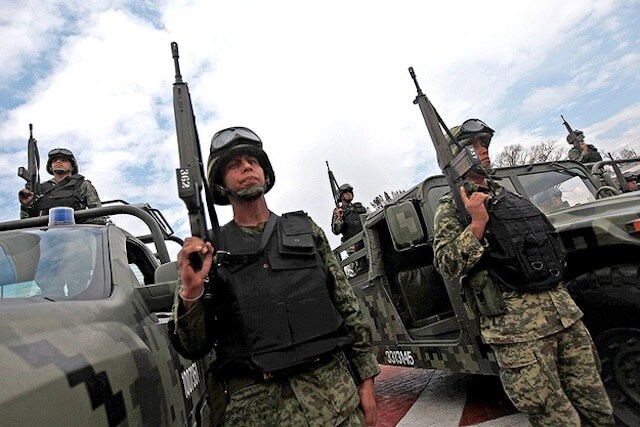 After a tense standoff with raised weapons, a U.S. border patrol agent turned back a pair of armed Mexican soldiers that had crossed the border on foot just outside Sasabe, Arizona, last January.

On the morning of Jan. 26, U.S. Border Patrol Agent David Olaya spotted two armed men walk onto U.S. soil nearly 2 1/2 miles west of the Sasabe Port of Entry. The lone agent confronted the subjects, who were wearing camouflage and appeared to be “Mexican personnel,” and after a harrowing standoff they lowered their Heckler & Koch G3 rifles and turned back towards Mexico, BuzzFeed reports.

The soldiers identified themselves as part of the Mexican military’s 80th Battalion, but the names they provided didn’t match the name on their uniforms. When Olaya questioned why they had crossed the international border, they said they “had been pursing [sic] three subjects that were seen in the area.”

At some point during the confrontation, both parties lowed their weapons and Olaya called for backup. When the soldiers saw additional units rolling towards them in the distance, they turned around and headed back towards Mexico.

While border patrol agents from Mexico and the U.S. have previously crossed the border in pursuit of suspects, the crossing of military personnel from either country is very rare, according to officials. 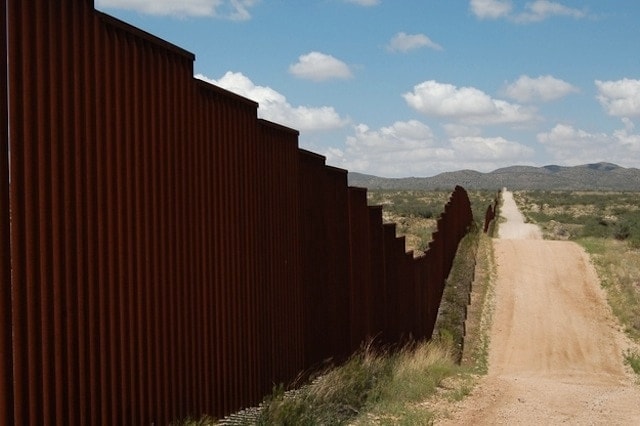 The incident took place just 2.5 miles west of the Sasabe Port of Entry.

The area surrounding Sasabe is rife with drug trafficking and some believe the incident may point to the Mexican military “providing security and/or intelligence to Drug Trafficking Organizations,” Sen. Tom Coburn said in a January letter to the head of Customs and Border Protection.

Although the unusual border-crossing occurrence didn’t receive much attention from CPB Acting Watch Commander Eduardo Fuentes, or from the Border Patrol’s Critical Incident Team, Coburn says it is cause for concern.

“Any time individuals in military uniforms cross a border that’s obviously cause for concern,” Coburn told BuzzFeed. “This incident deserves a closer look.”