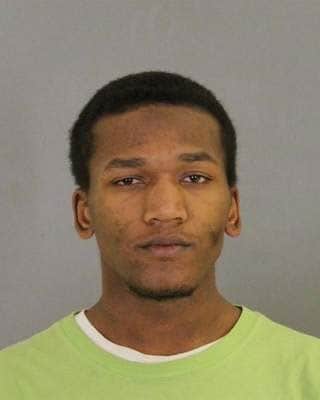 19-year-old Ramon Matlock was fatally shot over the weekend after he kicked in the door of an Omaha home and punched the homeowner. (Photo credit: Omaha.com)

An Omaha homeowner will not face any charges for the fatal shooting of a 19-year-old who broke into his home and attacked him, the Douglas County Attorney Don Kleine announced Monday.

It was just after 9:00 p.m. Saturday when the homeowner, 66-year-old Ronald Green, was watching a basketball game on TV and heard someone attempting to get in his home through the front door.

Green left his living room, went to the bedroom to retrieve his revolver and called 911. But when he returned to the living room, 19-year-old Ramon Matlock had kicked in the front door and was immediately in Green’s face. Without a confrontation or any sort of provocation according to the homeowner, Matlock swung at Green, striking him in the head.

“He’s not sure what this person is capable of,” Kleine said. “He wasn’t asking for directions. He kicked the front door in and took a swing at him.”

Then Green, fearing for his own safety, fired two shots at Matlock, hitting him once in the chest and once in the hip. The bullet exited the suspect’s hip and shattered a storm door at the front of the house.

Matlock ran from the home and collapsed on the front lawn. Green then made a second call to 911 to inform authorities that he had shot the teen.

When police arrived they attempted to revive Matlock, but their efforts failed to bring him back. He was pronounced dead at the scene.

Authorities say that Green was fully cooperative during the investigation. However, Matlock’s family isn’t quite satisfied with the story that Green has given.

The teen’s family said they just can’t understand why he would break into someone’s home when he has never done anything like that in the past. They also pointed out that Matlock has a job, so he would have no reason to break into anyone’s house.

Richard Matlock, the teen’s grandfather, wonders if he didn’t just get confused and go to the wrong house.

“I want some extensive investigation into why the man is claiming this, and if it’s so, well it’s so, but if not, we want to get to the truth,” Richard Matlock said, adding that he is not seeking retaliation, only the truth about what happened.

Apparently Matlock had been drinking that night, the basis for any alleged confusion the teen may have had. Authorities ordered an autopsy to be performed, including a full toxicology report, but the results of those tests won’t be available for at least another month.

“He wasn’t breaking into cars or trying to break into a house, because he already had money,” the grandfather said. “There are things that happened that night that need to be looked at.”

However, several of Green’s neighbors, none of who wanted to be identified, told reporters that Matlock matched the description of a young man who had recently been caught attempting to break into cars in the neighborhood.

Green did not wish to appear on camera or even discuss any details of the incident. However, when a reporter told Green he was sorry about what happened, the man replied by saying, “I’m sorry it happened, too.”