Is Global Digital really out to buy the Freedom Group for $1 billion? 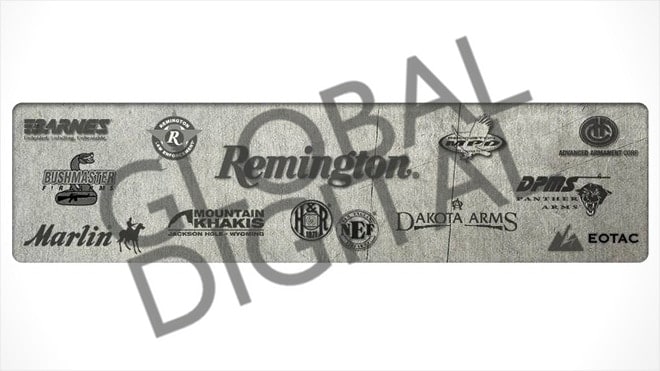 Global Digital Solutions, Inc., a rather unknown company in the gun world, made an unsolicited offer for Remington Outdoor Company, aka Freedom Group.

Global Digital Solutions, Inc. (GDSI), a holding company with an eye towards small arms, has filed a Form 8-K with the Securities and Exchanges Commission to announce an “an unsolicited offer to purchase Freedom for $1.082 billion in cash and shares of GDSI’s common stock.” But is this a real offer or just a scheme?

Global Digital is a strong proponent of “smart guns,” or personalized firearms, guns with electronic components that automatically disable themselves when not in the hands of authorized users, which is not in-line with the Freedom Group’s interests.

“This … presents a value proposition that is perfectly suited to the military armament industry, an industry that is heavily fragmented and evolving rapidly toward a RFID/WiFi-enabled technology platform,” stated Global Digital in its press release. “In this dynamic environment, we see enormous opportunity to consolidate this market with a program of targeted acquisitions, including the proposed Freedom transaction. Technological convergence is the future in the cyber/smart arms arena and we’re eager to leverage our proven history of success by helping Freedom and others navigate the transition from analog to digital.”

The company’s filing outlines its intent to acquire the Freedom Group, a collection of firearms-related companies that includes the Advanced Armament Corp., Bushmaster, DPMS and Remington, among others. The Freedom Group is owned by Cerberus Capital Management, which, following the Sandy Hook massacre, announced its intent to sell the holding company, for a handful of reasons.

In the statement, Global Digital also announced an update to its merger with Airtronic, a manufacturer of grenade and rocket launchers for military and police use. Airtronic filed for bankruptcy in 2012, paving the way for the merger with GDSI.

Whether Cerebus is willing to sell the Freedom Group to Global Digital is yet to be seen, although some are already questioning GDSI’s ability to buy the holding group in the first place.

With a current market cap at about $80 million, it would be rather surprising for the firm to be able to put together the more-than-$1 billion in capital to purchase the Freedom Group, as the Firearm Blog points out.

Even Remington doesn’t give credit to Global Digital’s bid. In a memo written by CEO George Kollitides, obtained by Grand View Outdoors, Remington stated, “A small, unknown investment entity publicly announced its desire to acquire the Remington Outdoor Company. If this wasn’t disruptive to our employees and customers, we would not acknowledge the news and recognize it for what it is: a publicity stunt from an agenda-driven group with no credible financing options.”

If, somehow, Global Digital does have the capital and Cerberus agrees to a sale, that could mean a great deal to Remington and the rest of the Freedom Group.

Global Digital’s position on smart gun technology is clear. “Our team plans to drive unprecedented consolidation and convergence in the cyber arms arena at least in part through the acquisition strategy,” the company adds. “We’ll also do this by leveraging technologies like GDSI Gatekeeper, which we announced on Jan. 23, 2014.  Gatekeeper represents a revolutionary suite of technology-enhanced services that offer personalized, digital small arms safety and security solutions in commercial and military-related markets.”

“We’re extremely excited about the potential for GDSI Gatekeeper,” said Richard J. Sullivan, Global Digital Executive Chairman and CEO. “This revolutionary suite of services represents a real breakthrough by leveraging the power of web-based, digital technology to enhance safety and security in the small arms arena, both in the commercial and military sectors. We think of it as personalized gun control and we believe the accessible worldwide market represents a multi-billion dollar opportunity for GDSI.”

The Gatekeeper is a proposed Global Digital safety system that incorporates all of the smart gun technology that smart gun critics are opposed to. The Gatekeeper not only uses an electronic remote safety, it uses GPS and cloud-based computing to track the gun and generate a database of the gun’s activity.

Global Digital believes their Gatekeeper can be made to work with existing firearms.

Additionally, Global Digital proposes a subscription-based “safety and security program” that would have users pay a recurring fee to access their firearm database.

“Here in the United States, the right of the people to keep and bear arms is constitutionally protected and inviolable,” Sullivan added. “The Gatekeeper program will provide additional safety and security for law-abiding gun owners in the United States and elsewhere.  We believe Gatekeeper’s secure locking and tracking features could encourage millions of people who might have shied away from keeping firearms in their homes because of safety concerns to reconsider.  And collectors would be able use make use of Gatekeeper’s tracking and database features to exercise greater control over their prized firearms collections.”

While it is possible that if Global Digital acquires the Freedom Group that they will not alter the business models of its child companies, its current position makes that seem unlikely.

Even if that were the case, that Global Digital did not promote smart gun technology within its holdings, it would be highly likely that gun owners at large would turn their backs on the new Freedom Group just for being associated with Global Digital.

However improbable, if GDSI acquires the Freedom Group, it is probable that they would face a total boycott. Similar boycotts have occurred in the past when gun manufacturers have rolled out anti-gun features or sympathized with pro-gun control politicians.

After signing an agreement with the Clinton administration in 2000, Smith & Wesson faced a boycott that had the company shut down two manufacturing facilities and within a year, was bought out by the Saf-T-Hammer Corp. for just $15 million from the Tomkins Company, which paid $112 million for Smith in 1987.

It’s hard to imagine a Global Digital-Freedom Group meeting a different fate, wasting a billion dollars in the process.

Do you think this is just a publicity stunt, or do you think Global Digital is up to something else?