A Chicago mass murderer, who is spending the rest of his years in prison, was awarded $500,000 in court Friday after a prison guard punched him in the face.

In 2002, James Eric Degorski, 41, along with his accomplice Juan Luna, were convicted of murder after fatally stabbing two restaurant owners and five employees during a robbery at a Chicago diner in 1993. While incarcerated, Degorski was beaten by Cook County prison guard Thomas Wilson, 50. Degorski filed for excessive use of force in 2004 and was recently awarded a half-million dollars for punitive damages, ABC reports.

Degorski suffered serious injuries from the attack, which he claimed was unprovoked. Several bones in his face were fractured and metal plates were surgically inserted into his face. 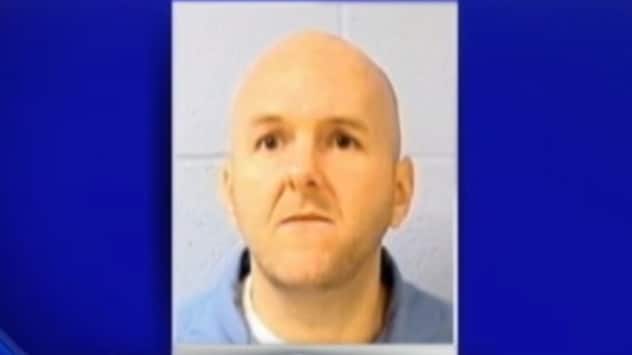 James Eric Degorski, who was convicted of murdering seven people, recently won a $500,000 lawsuit after a prison guard punched him in the face.

Wilson’s attorney, John Winters Jr., expressed his disdain over the lawsuit, saying, “We were unable to expose Mr. Degorski for what he is: brutal and vicious. It was execution-style murders. This guy went in with the intent to murder, not rob. I’m a little mortified by this. I will represent any of the victims, I will represent them for no fee to make sure this guy does not get a dime.”

However, Degorski’s attorney, Jennifer Bonjean, said her client’s past behavior does not exclude him from his present constitutional rights.

“I understand why [the victims’ families] are upset, but at the end of the day [Degorsi] is being punished for the crime he was convicted of,” Bonjean said. “If we accept that there is a sliding scale on whose constitutional rights should be protected and whose should not, we are going down a scary path.”

Degorski was sentenced to life in prison and it’s unlikely he’ll see much, if any of the money he was awarded. Half of the money may go to the Illinois department of corrections to cover Degorski’s housing costs, and some may go to the victims’ families. Even if Degorski was awarded the full amount, he’d only be able to spend a maximum of several hundred dollars per month while in state prison. But according to his attorney, it was never about the money.

“We have no idea what if anything he will see. There are going to be many challenges to the money, that was anticipated and [Degorski] knew this as well,” Bonjean said. “I don’t think it’s about the money for James Degorski.”