Footage of man carjacking three cars, one with four-year-old inside (VIDEO)

A Colorado man was arrested after carjacking three vehicles Wednesday, one with a four-year-old child inside.

Ryan Cole Stone, 28, led Colorado state troopers on a lengthy chase, wrecking several vehicles and seriously injuring an officer in the process. The pursuit started after he carjacked his first vehicle in Longmont, which had a four-year-old sitting buckled into the back seat. Stone managed to elude police and carjack two other cars before taking off through the snow on foot, New York Daily News reports. 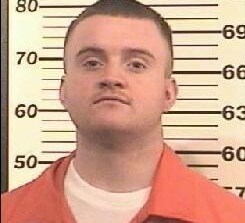 Stone carjacked three vehicles, one of them had a four-year-old child in the back.

Colorado State Trooper Bellamann He was deploying spike strips when Stone ran into him with the stolen car. He was seriously injured and underwent surgery. He is expected to fully recover.

Stone slammed into another vehicle at an intersection and fled towards a nearby mall on foot. He was arrested and transported to an area hospital to be treated for a ”possible drug overdose.”