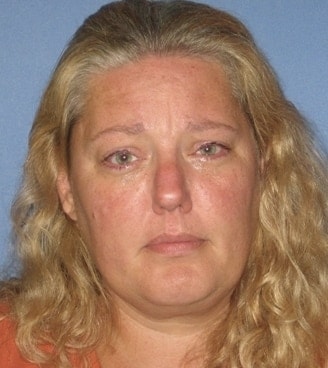 Backed by the Brady Center to Prevent Gun Violence, a Missouri woman is suing an Odessa pawn shop for selling a firearm to her mentally ill daughter who used the gun to murder her own father.

Filed on Wednesday, the lawsuit alleges that in June 2012 Odessa Gun & Pawn sold a .45-caliber pistol to Colby Sue Weathers, the daughter of Janet Delana and Tex C. Delana of  Wellington, Missouri.

Prior to the transaction, Janet Delana claims that she called the store several days earlier to warn them about her daughter’s suicidal tendencies, mental illness and desire to purchase a firearm.

“I just thought, ‘Maybe I can be proactive,’ ” Delana said at a Wednesday press conference.

“Please, please, please I’m begging you, the mother, don’t sell her a gun again,” Delana said. “They did, and as result, my husband lost his life.”

In 2011, Weathers was diagnosed with schizophrenia by a physician who was examining her for Medicaid eligibility, the lawsuit states. Soon after, the Social Security Administration also acknowledged that Weathers was unfit to work and approved her for benefits.

“She thought she had a chip inside her and she was being monitored,” Delana said in talking about her mental state, which began deteriorating in 2006.

Delana reached out to Odessa Gun & Pawn specifically because Weathers had bought a gun from them in the past in which she was going to use to commit suicide but her parents foiled the attempt and confiscated the firearm.

“It came out she intended to use that gun to commit suicide. Her dad and I found out about the gun, and her dad took it away from her immediately,” Delana said.

Tragically, and despite Delana’s alleged attempt to warn the pawn shop, Weathers used money from a social security check to purchase a firearm from the store on June 27, 2012. Not long after, Weathers is accused of using the weapon to fatally shoot her 60-year-old father, Tex Delana.

“Part of the reason this lawsuit has been brought is to prevent other families from suffering what Janet’s family has suffered,” said Jonathan Lowy, director of the legal action project of the Brady Center to Prevent Gun Violence, at the press conference.

“This gun dealer should have known it was too great a risk to supply Colby Weathers with a gun.”

Federal law prohibits FFLs from selling firearms from those who’ve been adjudicated ‘mentally ill.’ Missouri state law also states that it is “unlawful to knowingly sell, lease, loan, give away or deliver a firearm or ammunition to any person who is not lawfully entitled to possess one.”

“This isn’t about a person’s right to own a gun or not to own a gun. I own a gun myself,” explained Delana. “It’s about responsibility. You have to be responsible. People like my daughter are not. She has no business owning a gun.”

To the extent to which personnel at the Odessa Gun & Pawn store were aware of Weathers mental state remains unknown. Thus far, they have declined to comment or elaborate on the situation.

“We are not commenting on it; I haven’t even been served yet,” a man answering the phone Wednesday at Odessa Gun & Pawn who declined to identify himself told the Kansas City Star. “It’s premature to talk about it.”

Guns.com also reached out and is awaiting a response.

Meanwhile, Weathers faces first-degree murder chargers for killing her father. Initially, a judge declared her incompetent to stand trail. However, a new judge ruled on March 3 that she was, indeed, competent enough to be held accountable for her actions.

Weathers is due in court on April 11 for a court hearing. She could plead guilty or take her case before a jury of her peers, according to court records.