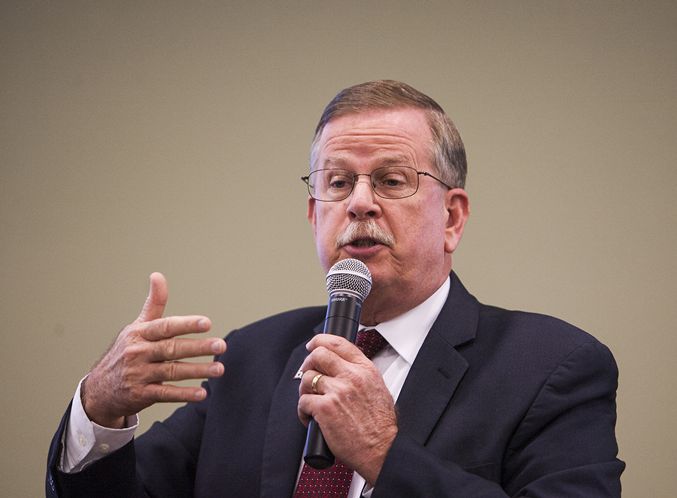 A bill currently in the U.S. House of Representatives would do away with the patchwork of state reciprocity laws and establish a uniform right to carry concealed firearms across all fifty states.

This bill, the National Right-to-Carry Reciprocity Act of 2013, was introduced last August and would treat concealed carry permits like driver’s licenses, allowing current permit holders to carry in any other state that issues permits.

“If I have a driver’s license issued by the state of Florida and I drive all the way across the country to California, my driver’s license is valid the entire way. Even though the requirements for obtaining a driver’s license may vary from state to state, we have a system that recognizes the need for reciprocity,” explained Rep. Richard Nugent, (R-FL), sponsor of the bill.

“Currently, that sort of reciprocity does not extend to concealed carry licenses for firearms.”

Nugent’s bill, detailed as HR2959, would allow the holder of a valid concealed carry permit to carry a concealed handgun in any state that issues its own residents permits. Persons carrying as a non-resident in a state would be bound by whatever laws of the state they are visiting. This would end the confusing patchwork of reciprocity agreements that are currently in place across the country.

Some states, like Utah, have very flexible reciprocity, recognizing concealed carry permits from as many as 35 states. While others, such as Illinois, recognizes none but their own. Under the Right-to-Carry Reciprocity Act, this would change.

A companion bill, S.1908, has been introduced into the Senate by Sen. John Cornyn (R-TX).  Both bills have been greeted with opposition from gun control advocacy groups.

“Sen. Cornyn’s bill dangerously introduces a lowest common denominator when it comes to who can carry a concealed weapon,” said Erika Soto Lamb, spokeswoman for Mayors Against Illegal Guns. “Each state sets its own standards and this legislation would undermine those laws.”

This is not the first time national right-to-carry reciprocity was tried. In 2011, HR822 was introduced to the house by Rep. Clif Stearns (R-FL), it had much the same wording as the current HR2959. That bill passed the House with a wide measure of support on a 272-174 vote but was killed in the Senate.

In 2004, the The Law Enforcement Officers Safety Act (LEOSA), was signed into law which allows current and qualified retired police officers to carry a concealed firearm in any jurisdiction in the United States, regardless of state laws, with certain exceptions.

HR2959 is currently in the Crime, Terrorism, Homeland Security, and Investigations subcommittee of the House Judiciary Committee. The bill has some 121 co-sponsors, including six House Democrats.

“The previous version of this legislation passed by an overwhelming bipartisan majority in 2011 and I look forward to seeing it pass again during this Congress,” said Nugent.