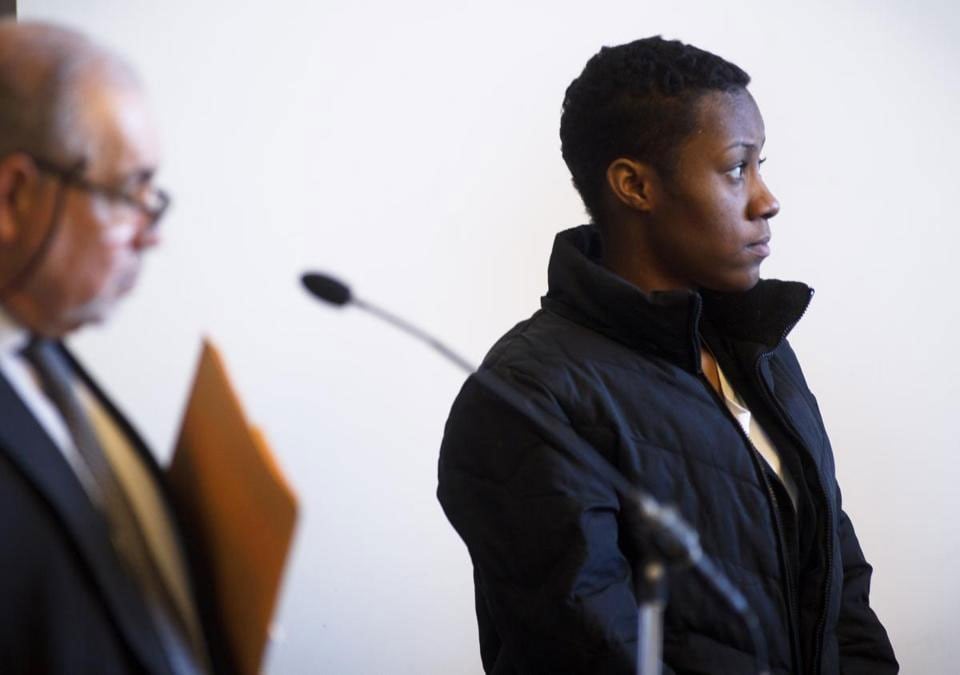 Jahmeilla Tresvant remained mostly silent in court as she faced multiple gun charges in which police believe she was holding guns for someone else. (Photo credit: The Boston Globe)

An article published by The Boston Globe this week, delves into what some consider a significant, albeit often overlooked, problem when it comes to illegal firearm activity in the city.

While men have historically been the primary perpetrators involved in gun violence, some say that it’s the women in these men’s lives that help to ensure they have the wanted firearms in their hands, but at least one group, Operation L.I.P.S.T.I.C.K.: Ladies Involved In Putting a Stop to Inner-City Killings, is committed to changing that vicious cycle.

There are women in Boston, which has about 250 shootings a year, as well as other cities across the country, who will buy, sell or hold guns for those who are legally unable to do so themselves, an action referred to as “straw purchases” and one that is illegal.

These women freely admit that they willing break the law for a variety of reasons. Some do it for money or drugs, others do it for a means to build status and respect. Some feel they have no choice but to follow the wishes of the men in their lives and others just do it simply to feel loved, wanted or needed.

However, according to David Chipman, a former special agent at the Bureau of Alcohol, Tobacco, Firearms, and Explosives, most of these women do not even realize that they are merely pawns being used in a dangerous game of Russian roulette.

“A lot of these women are not career criminals, but are being taken advantage of through threats or intimidation,” Chipman said. “They hadn’t connected the dots and realized how serious their actions were. I don’t think they understood the legal liability.”

From the time she was 12 until she turned 20, Melissa, who is now a 33-year-old mother of four, was the go-to girl for gun needs in Boston’s Roxbury neighborhood. 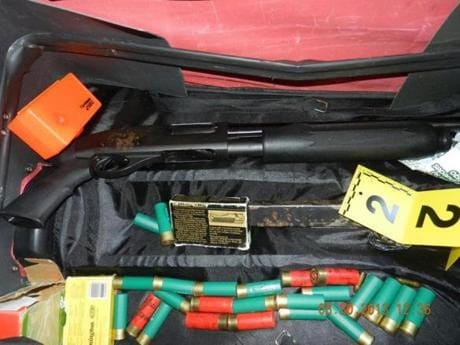 A bag of guns and ammo found in one woman’s Boston apartment, which authorities believed was being held for someone else. (Photo credit: The Boston Globe)

“Anything from a .38 to a 9, to a semiautomatic to a full automatic, you name it, I can identify it,” she said, referring to her younger years, but back then she did much more than just share information. She acted as a middleman for drug dealers and gangbangers, with a knowledge of who to talk to, how much a transaction would cost and where to go to make a trade. However, “In hindsight,” she now says, “I was being taken advantage of.”

Nonetheless, to a teenaged girl, the immediate rewards seemed to far outweigh the potential consequences.

“With guns comes money and the drugs and all the material things,” Melissa said. “I could go around with a real gold ring, a real diamond necklace – things that my peers couldn’t afford.”

Add to the list of “things” the fact that having a boyfriend with a certain reputation meant that “No one would mess with me… when you’re 14, 15, or 16, that’s the coolest thing.”

But older women who are past their teen years often risk losing much more. Many have their own homes, some have children, but all of them – no matter what their age – risk losing their lives in such a high-stakes game.

Nancy Robinson, head of the anti-gun trafficking group Citizens for Safety, said authorities won’t be able to get rid of the gun problem without focusing on women.

“The whole idea is that we have to get to the sources of where the guns are coming from,’’ Robinson said. “The women is just one source.”

However, reaching these women isn’t as easy as it may appear, as they are more often than not unwilling to give up the gun or make mention of the men they are protecting. 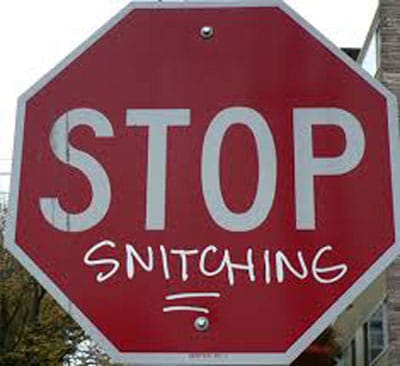 “They are of the mind-set that they are ‘ride-or-die chicks,’” said Kim Odom, who lost her 13-year-old son to violence and is now an advocate for at-risk women. “These are young ladies who are willing to go all out for their boyfriends.”

And, of course, it’s not just girlfriends getting involved in the dangerous game either. They’re also mothers, sisters, friends, wives, even prostitutes – some participating willingly, others not so much.

Such is the case with 20-year-old Jahmeilla Tresvant, who is currently facing multiple gun charges in Suffolk Gun Court, stemming from two separate incidents.

In the first case, authorities believed that a gun found in her possession belonged to her brother, who was wanted at the time. Tresvant neither admitted to nor denied the charges but instead remained mostly silent about the accusations. Her brother never came forward to take the heat either, but said, “She’s going to be all right,” referring to her time spent at the Suffolk County House of Correction.

The second set of charges came about after a car in which she was riding as a passenger was stopped. Police found a silver revolver tucked in Tresvant’s underwear. Yet again, authorities didn’t seem convinced that she was completely responsible for the firearm in her possession and instead pointed fingers at the two known gang members who were also passengers in the same car.

But the problem of remaining silent on the account of others is hardly one that’s limited to the city of Boston. Chicago’s “Stop Snitchin’” movement has left local law enforcement little to work with when it comes to prosecuting criminals in the city notoriously known for its epidemic of violence. In fact, even loyal teens refuse to use their last dying breath to inform officers of who fired the fatal shots.

And the “movement,” which originally started in Baltimore, has spread like a bad virus to other cities throughout the country.

Nonetheless, as authorities and others take an honest look at the root causes of such violence, it becomes more apparent that the problem is certainly not a simple one with a single solution. Furthermore, it is unlikely that merely adding additional gun laws to the books will do much to prevent the violence when there are women – and others – out there willing to do what criminals are unable to legally do on their own.