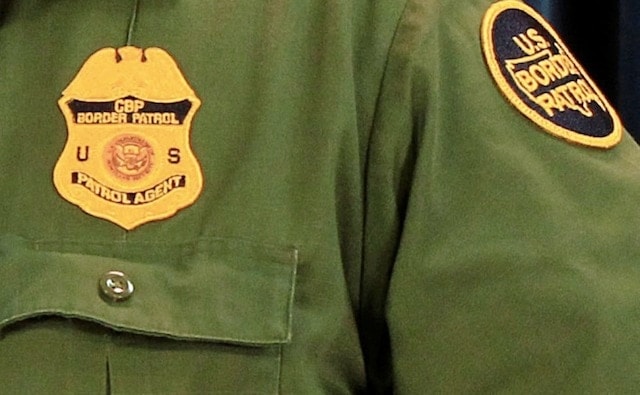 An immigrant wrestled away a Border Patrol agent’s gun during a scuffle.

An immigrant attacked two Texas Border Patrol agents and wrestled away one of their guns during a violent confrontation Wednesday morning.

A group of eight immigrants encountered two Border Patrol agents near Encino. One of the immigrants managed to relieve an agent of their .40-caliber Heckler & Koch P2000 pistol and discharged two rounds during the ensuing scuffle.

The immigrant then pointed the weapon at the agent and squeezed the trigger, but the pistol did not discharge. The agents eventually detained all eight immigrants, including the aggressor, The Monitor reports

“On March 12, 2014, RGV Sector Border Patrol agents working near Encino, Texas, attempted to apprehend eight subjects when one of the individuals attempted to wrestle away the agent’s firearm,” according to a statement released by Border Patrol. “During the scuffle, the firearm was discharged but no one was injured. No other details are available at this time. The FBI will be investigating the case.”

Though no injuries resulted from a firearm, the agent was choked and repeatedly struck in the head and back, and the immigrant fractured or broke his finger.

Attorney Rey Merino, who works for the National Border Council, said “the agent involved handled the situation appropriately,” adding that it was lucky “nobody was hurt more than they were.”