Jett Webb was hunting in Bertie County near Indian Woods when he came across the roaming beast. He quickly realized it was the same hog other hunters had been trying to bag since it was first spotted on trail cameras over a year ago. Since shooting the wild animal, Webb has quickly skyrocketed to notoriety. But the veteran hunter says the experience was a humbling one, Daily Mail reports.

“It was very surreal,” recalls Webb. “It was a shock. It was very humbling to say the least, when you walk up on a beast that big and you say, “Oh my gosh. I had no idea that there could be something that big running around the woods of Eastern North Carolina.’”

After killing the hog, Webb and other members of the White Oak Ranch Hunting Club struggled to transport the enormous hog.

“It takes your breath away for a second to realie how big this hog is,” said Mike Mansell, president of the hunting club. “It took up the entire bed of the pick-up truck.”

Webb decided that instead of displaying the hog, as he has done with other big kills, he will use the meat to feed his family and estimates it should last them for over a year. 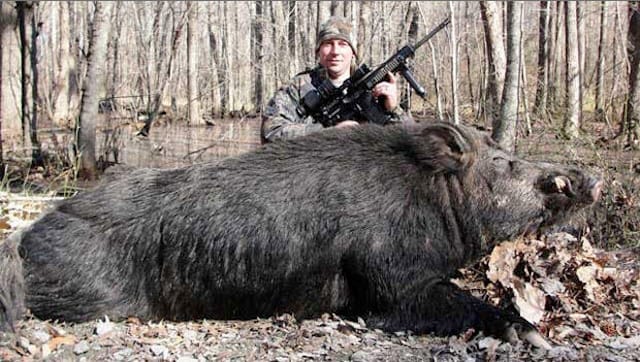 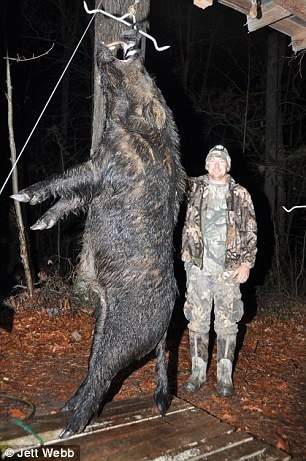 The hog was over 500-pounds and was nearly 8-feet-long. 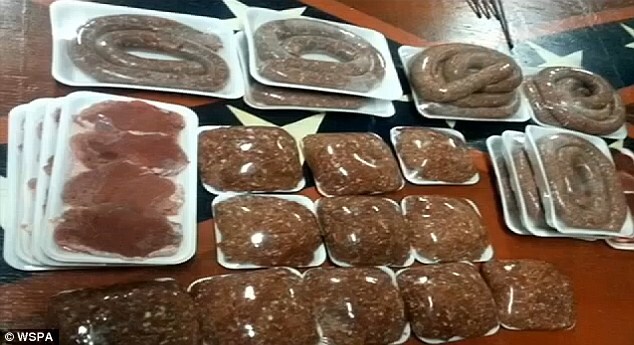 Webb says the meat from the animal should be enough to feed his family for nearly a year.