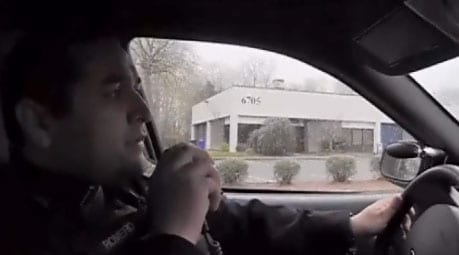 Officer Romero was considered to be a “cool” guy by students at the high school. (Photo credit: KGW)

As a school resource officer from Portland’s Wilson High School is recovering at home from a non-life threatening gunshot wound, he is being hailed a hero for fatally shooting an armed fugitive wanted for kidnapping and several bank robberies.

According to local media, reports came in Wednesday afternoon about a suspicious man who was driving around the school and attempting to follow students home. Officer John Romero, an 8-year-veteran of the Portland Police Bureau who has been a resource officer at the school for about three years, began searching for the suspicious man.

Around 4:00, Romero spotted the suspect walking down a street near the school, but when the officer told him to stop, the confrontation quickly turned violent and gunshots rang out.

Little did Romero know that the man he had shot was a federal fugitive who was wanted for several months. The following day, authorities confirmed that the suspect was 49-year-old Kelly Swoboda.

Swoboda was wanted for the violent kidnapping and assault of a Clackamas County woman in January. The two were unacquainted, but he abducted her while she was working alone at an Oak Grove-area tanning salon. He pistol whipped her, then threw her into the back of his van and assaulted her before driving away with her still inside. 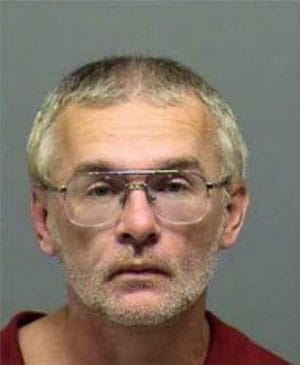 Although bound with duct tape, the woman was able to escape by jumping out of the moving vehicle. She suffered serious injuries and is still recovering from the terrifying ordeal. However, the owner of the tanning salon said there was relief in knowing that the man was no longer on the loose.

Swoboda had an extensive criminal background and history of violence and, in addition to the kidnapping, was also wanted in connection with at least three recent bank robberies. He had already been convicted of two bank robberies in 1994 and 2006.

He was considered armed, extremely dangerous and carried a cash reward of up to $1,000 for his capture. Shortly after the kidnapping, the U.S. Marshals joined in the search for him.

Authorities aren’t sure exactly what his motives were when he was reported to be following students near the school, but with his history and the contents of his pockets, which included two ropes, they can easily assume the worse.

Nonetheless, Romero is being called a hero by authorities, school administrators, and the students that he had sworn to protect.

“I think the school should be proud of him for what he has done,” said Wilson High student Kavi Kien. “I could call him a hero at the school, who protected us from a suspect.”

“I could easily consider him a hero,” another student, Sheena Mendoza, said. “He definitely did his job and he was doing what he had to do.”

Wilson High School principal Brian Chatard said the ordeal definitely hit close to home. “Through his actions, he put a stop to something that could have been really awful.”

As is standard procedure, Romero has been placed on paid administrative leave while the incident remains under investigation, but is said to be resting comfortably at home.