Supreme Court refuses Sunnyvale mag case, but not over yet 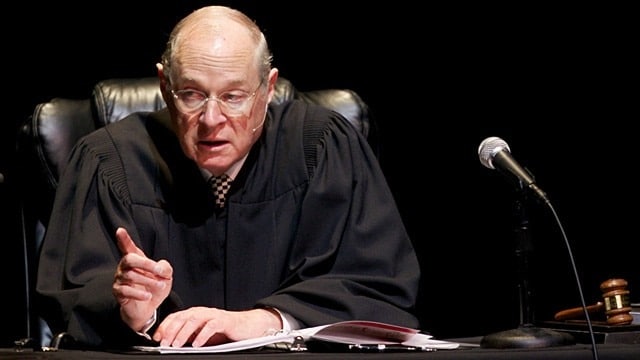 U.S. Supreme Court refused to grant an emergency injunction against Sunnyvale, California, that would have prevented the city’s local ordinance against magazines with a capacity of more than 10 rounds from taking effect.

The emergency application for injunction in the case of Fyock v. Sunnyvale was sent to Supreme Court Justice Anthony Kennedy in a filing Monday. In addition to being an Associate Justice to the Supreme Court, Kennedy is the Circuit Justice to the U.S. 9th Court, which handles California. This came on the heels of U.S. District Judge Ronald M. Whyte of the 9th Circuit refusing an earlier injunction.

Sunnyvale, according to the filing from Fyock’s lawyers, “chose the extraordinary path of enacting a retroactive ban on the possession of protected arms by law-abiding citizens.”

Kennedy weighed the motion and asked Sunnyvale to respond, which they did Wednesday citing that California has had a defacto ban on magazines holding more than 10 rounds for the past 14 years and that the city’s ordinance, enacted by voters, would only outlaw grandfathered pre-ban mags.

Kennedy late Wednesday denied the application in a brief order without explanation. It is rare that these types of applications are granted.

The Sunnyvale law, known as Measure C, has been controversial ever since it was voted in last year. Its effective date has been delayed due to spending months tied up in a series of federal lawsuits.

“We are disappointed but not surprised that Justice Kennedy did not give us the very rarely granted extraordinary relief we had hoped for,” said Chuck Michel, Senior Partner at Michel & Associates, and West Coast Counsel for the National Rifle Association in a statement to Guns.com on the Sunnyvale case.

This has led many in Sunnyvale to move their pre-ban magazines capable of holding 10 or more rounds out of town to comply with the local ordinance, which is now in effect. Among these was Leonard Fyock, the 67-year old resident named as a plaintiff in the lawsuit.

“I just thought, ‘Well, this doesn’t look good,'” Fyock told the San Jose Mercury News, a few hours before the ban took effect. “So my high-capacity magazines are already out of town.”

“The magazines have a value so it’s not surprising at all that people would consider alternatives like selling them versus turning them in to Public Safety,” said Sunnyvale city spokeswoman Jennifer Garnett, dismissing the possibility that owners are simply ignoring the new law. Violators could receive a $1,000 fine and/or up to six months in jail for each violation of the ordinance.

However, this is not the end of the fight against the Sunnyvale ordinance, as explained by Michel to Guns.com.

“As the courts themselves make clear, this type of denial is not a reflection on the merits of our underlying appeal, which is still going forward in the Ninth Circuit. Our brief is due in early April, and law enforcement and civil rights groups are already lining up to support us in that effort to stop these infringements on Second Amendment rights,” said Michel.

As for Fyock, he is hopeful that, “somewhere down the line this will get overturned.”