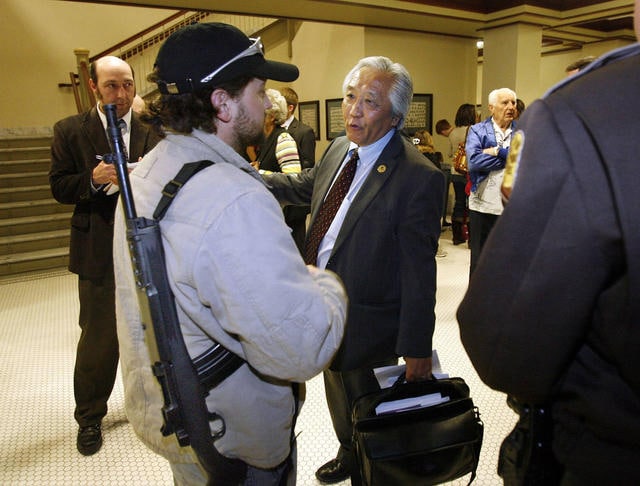 A bill to change the interpretation of open carry in Utah passed both the state House and Senate with just hours to spare in the current session.

The measure, now headed to the governor’s office, would ensure that carrying a holstered or cased firearm without incriminating behavior would not result in a charge of disorderly conduct which could occur under current state law.

“It just stops an officer from being able to charge someone for disorderly conduct just for the presence of the firearm,” said Rep. Curt Oda, R-Clearfield, the bill’s sponsor.

Oda’s bill, HB0276, is an amendment to the state law that would confirm that merely displaying a “dangerous weapon in public without other behavior is not disorderly conduct.”

This would prevent ‘man with a gun’ calls of Utah residents openly carrying from being charged with disorderly conduct as long as they are otherwise law abiding. It was introduced into the House where it passed 63-8 and made its way through the Senate, with amendments, by a vote of 27-1 on Wednesday just before the end of the current session.

Rep. Earl Tanner, R-West Jordan, one of the few legislators to vote against the bill, said people who carry weapons openly in places such as shopping malls without thinking that it causes others to “have concern for their safety … seems to be ignoring reality.”

Open carry in the United States has been recently adopted in a number of states including Mississippi while states that do not currently allow it, such as Texas, are openly moving towards changing that. This had led to challenges such as a Colorado case recently where a man won a $23,000 judgment following a wrongful arrest in a city park while open carrying.

HB0276 is now headed to Utah Gov. Gary Herbert (R) for his signature.